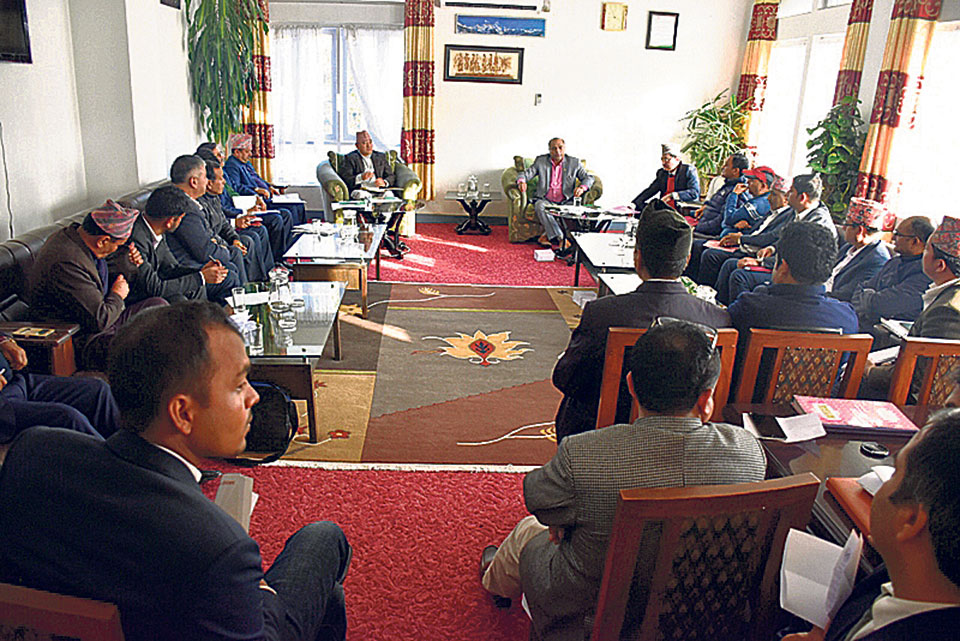 KATHMANDU, Jan 2: Minister for Agriculture and Livestock Development Chakrapani Khanal has directed chiefs of 14 'Super Zones' across the country to submit report on problems that their respective super zone projects are facing along with suggestions to address them within 15 days.

Khanal issued such directive after he was not satisfied with the performance of super zones.

According to the ministry, the report should include the present status of super zones, progress in budget expenditure, production level, agro trainings provided to local farmers and outcomes of such trainings, impact of project implementation, geographical status, as well as challenges and opportunities that super zone projects are facing.

He has also asked chiefs of super zone projects to give suggestions for the budget upcoming Fiscal Year 2019/20.

Similarly, Yogendra Kumar Karki, chief of the ministry's planning division, assured project chiefs that they will not have to face resources crunch. "But, your projects must deliver concrete results," he added.

Super zones are a component of the Prime Minister Agriculture Modernization Project (PMAMP) which is in its third year of implementation. Under the project, the ministry is implementing 14 Super zones and 69 zones to promote production of crops like paddy, maize, barley and potato, and fruits like sweet orange, orange, apple, and fish. A total of Rs 3.23 billion has been allocated for the PMAMP project.

The government had announced Prime Minister Agriculture Modernization Project in FY2016/17 as part of implementing its Agricultural Development Strategy. The term of the project is 10 years.