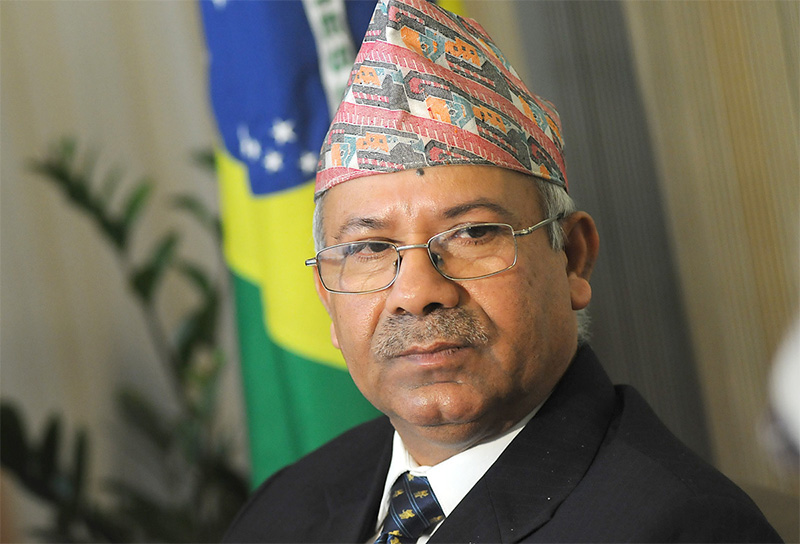 Minister Bohara reiterates ensuring female workers' rights first
Govt wants all destination countries to allow our female migrants to use mobiles phones so they can communicate with their families
KATHMANDU, April 26: Maya (name changed) knew that the government has banned the sending of female domestic workers abroad.

However, she tried to go to Kuwait with the help of a local agent.

Originally from Solukhumbu, she was handed a piece of paper that she couldn't read and her passport with the labor sticker issued by the Department of Foreign Employment (DoFE). But upon reaching Tribhuwan International Airport (TIA) on March 25, she wasn't given clearance by immigration officials.

In spite of all this, she flew to Kuwait on the same passport and a caregiver visa less than a month after being turned back from TIA. Her family informed that she has already reached Kuwait and is working there as a housemaid.

Similarly, Sarita (again named changed) from Nawalparasi was taken to Delhi by an agent a few months ago. From Delhi, she was flown to Sri Lanka and kept captive for more than 10 days. Records at Pourakhi Nepal, an organization working for returnee women migrants, show that she was taken to Dubai for work as a housemaid  although she had gone there on a caregiver visa.

Satra Kumari Gurung, shelter chief at Pourakhi, told Republica that she was physically tortured by her employer and was brought back to Nepal three weeks ago with the help of the Nepali community there. She added that the government's decision to make the domestic-worker sector 'safe' was paving the way for traffickers and rendering numerous women more vulnerable.

“The government has time and again imposed a ban on female domestic workers going abroad purportedly to save the women from various kinds of abuse. But it is not aware that hundreds of women are opting for risky channels to reach the destination countries and thus rendering themselves vulnerable to agents,” she said.

Before this also, then minister for labor and employment (MoLE) Tek Bahadur Gurung had halted the issue of work permits for female domestics headed for the Gulf countries after 37 women had to be rescued from Lebanon in 2015.

The ban was lifted after the formulation of the 'Working modality for domestic migrant workers, 2015'. But MoLE has again imposed the ban.
Talking to Republica, incumbent Labor Minister Deepak Bohara said that the government won't allow any female migrants to go to any of the destination countries to work as housemaids.

“There has been massive exploitation of female domestic workers in the destination countries. We have been discussing at length on ways to ensure the rights of female workers," said Bohara, adding, “Among the many issues we have raised, employers in the destination countries should agree to allow female workers to use mobile phones so that they can keep constantly in touch with their families.”

He also said that the government will soon take the initiative for bilateral agreements so that female workers won't have to suffer any more.

KATHMANDU, April 16: The government has banned the general public from organizing protests, demonstrations or gatherings at Maitighar Mandala, a major... Read More...