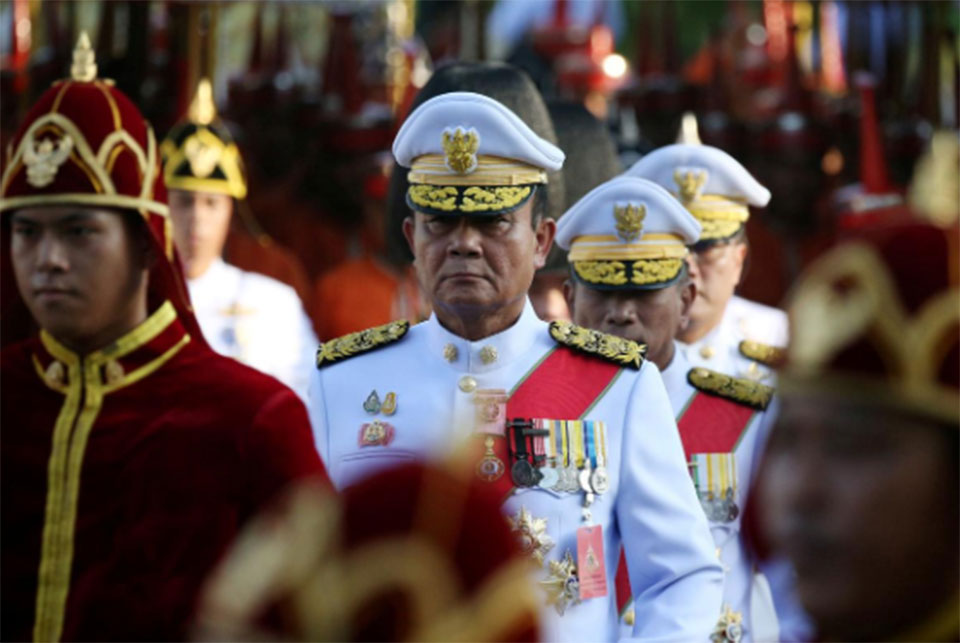 BANGKOK, May 9: Thailand’s pro-army Palang Pracharat party was looking for coalition partners on Thursday from a wide field of potential allies as it seeks to keep military junta leader Prayuth Chan-ocha, who led a 2014 coup, in office as prime minister.

The party is expected to easily form the next government since it needs only a few more votes in the elected House of Representatives to choose the prime minister under complicated new electoral rules written by the military regime.

Palang Pracharat is expected to be joined by the Democrat and Bhumjaithai parties as well as 11 other smaller parties that are not affiliated with either the pro-army camp or the Democratic Front of parties opposing the military, said Yuttaporn Issarachai, a political scientist from Sukhothai Thammathirat Open University,

“Prayuth will certainly be prime minister,” under this scenario, he said, but he added that the government would likely be unstable, with only a slim majority in the House.

Leaders of the Democratic Front have cried foul and threatened legal action, saying both the electoral system and the Election Commission were biased toward extending the military regime.

The Democratic Front of seven parties is led by the Pheu Thai party loyal to exiled former Prime Minister Thaksin Shinawatra, who was ousted in a 2006 coup.

Pro-Thaksin parties had won every election since then but each time saw its governments ousted by legal rulings and coups.

In the latest intervention, the military in 2014 toppled a government that had been led by Thaksin’s sister.

It still could be weeks before a new government is formed, even though the pro-junta party is in a favourable position.

Palang Pracharat’s most obvious potential allies are the pro-establishment Democrat Party and the Bhumjaithai party, which campaigned on marijuana legalization among other issues.

The Democrats won 52 seats and Bhumjaithai 51, meaning that either could push Palang Pracharat, which won 115 seats, well over the magic number of 126 votes needed in the House to approve the prime minister under the new system.

The Democrats’ spokesman, Thana Chiravinij, told Reuters the party would meet next week to decide whether it would join with Palang Pracharat in government or form an “independent opposition”.

But he said the Democrats would never join the Democratic Front because it is led by the pro-Thaksin Pheu Thai. Prominent members of the pro-establishment Democrat Party in 2014 led protests against the civilian government led by Thaksin’s sister, with some openly calling for military intervention.

Bhumjaithai leader Anutin Charnvirakul was not available for comment but he said on Facebook that the party “is still listening to the people”.

The new post-coup constitution calls for the 250-seat Senate, appointed entirely by the junta, to vote along with the 500-seat elected House of Representatives to choose the prime minister.

Involving the Senate effectively gives pro-army parties a head start of 250 votes to get to the required majority of 376 in the combined House and Senate vote.

By contrast, the Democratic Front has virtually no chance of forming a government thanks to the appointed Senate.

“The election was a whitewashing effort for the military to stay in power so that they can tell the international community that they are an elected government,” he said.

The Democratic Front also complained it was denied what it had expected to be majority of 255 seats in the House of Representatives when the Election Commission decided to use a new formula in allocating seats.

The new formula gave 11 tiny parties one seat each, with most of them taken from the anti-military Future Forward Party, part of the opposition alliance.

Under the new formula, the Democratic Front won 245 seats in the House - just short of the majority it had hoped would give it leverage to block legislation if Prayuth remained prime minister.

Pheu Thai on Wednesday said it would use every legal channel to fight the Election Commission’s formula.

COVID-19 risk in Nepal is beyond prediction: Minister Gyawali
20 hours ago

An open letter to Ram Narayan Bidari
8 hours ago

Trading via Tatopani and Rasuwagadhi still closed despite government assurance: Importers
4 hours ago

Trading via Tatopani and Rasuwagadhi still closed despite government assurance: Importers
4 hours ago