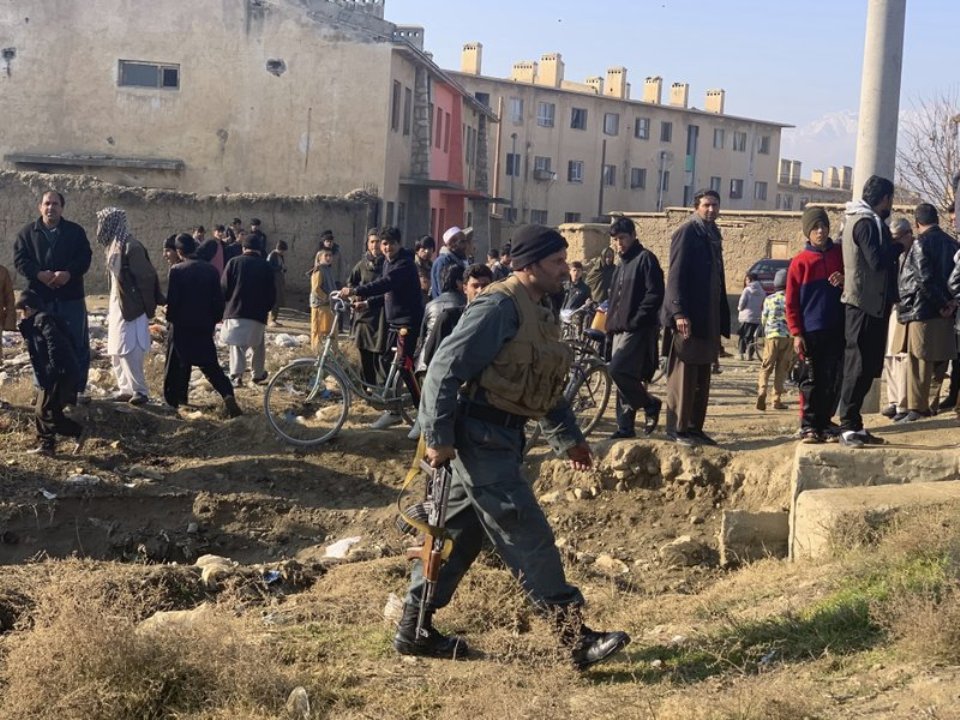 KABUL, Afghanistan, Dec 11:  A powerful suicide bombing targeted an under-construction medical facility on Wednesday near Bagram Air Base, the main American base north of the Afghan capital, the U.S. military said, and six Afghans were reported wounded.

The attacker struck the facility that is being built to help the Afghan people who live in the area, the U.S. military said. There were no coalition casualties and the base remains secure, the statement added.

No one immediately claimed responsibility for the attack but both the Taliban and the Islamic State group stage near-daily attacks in Kabul and elsewhere in Afghanistan.

Outside the sprawling base, several homes, mostly belonging to the poor, were destroyed. A large mosque in the area was also badly damaged,.

Shortly after the bombing, Afghan troops, special forces and intelligence officers cordoned off the perimeter of the base with armored personnel carriers. Heavily armed soldiers kept residents far from the gates to Bagram Air Base.

Within minutes of the suicide bombing, U.S. fighter aircraft bombed the area, according to witnesses

Earlier reports suggested that a U.S. military convoy might have been the target of Wednesday’s attack.

Dr. Sangin, a physician who like many Afghans goes by one name only, said the hospital near the perimeter of the base was on fire. It wasn’t immediately clear if any foreigners were inside the hospital.

Gen. Mahfooz Walizada, police commander of Parwan province where the base is located, confirmed the attack but offered no details on casualties.

Sangin, who is the head of the provincial hospital, said they received six wounded, all Afghans. Five were in stable condition and one was critical, he said. Scores more were treated and released by medics at the scene. Most were suffering cuts and bruises from flying glass and debris.

The Taliban control or hold sway over nearly half of Afghanistan, staging regular attacks that target foreign and Afghan forces, as well as Kabul government officials, but also kill scores of civilians.

KABUL, Jan 28: A suicide bomber drove an ambulance into a commercial area by pretending to be carrying a patient to... Read More...

Motorcyclist killed after being hit by Scorpio
18 hours ago

Motorcyclist killed after being hit by Scorpio
18 hours ago