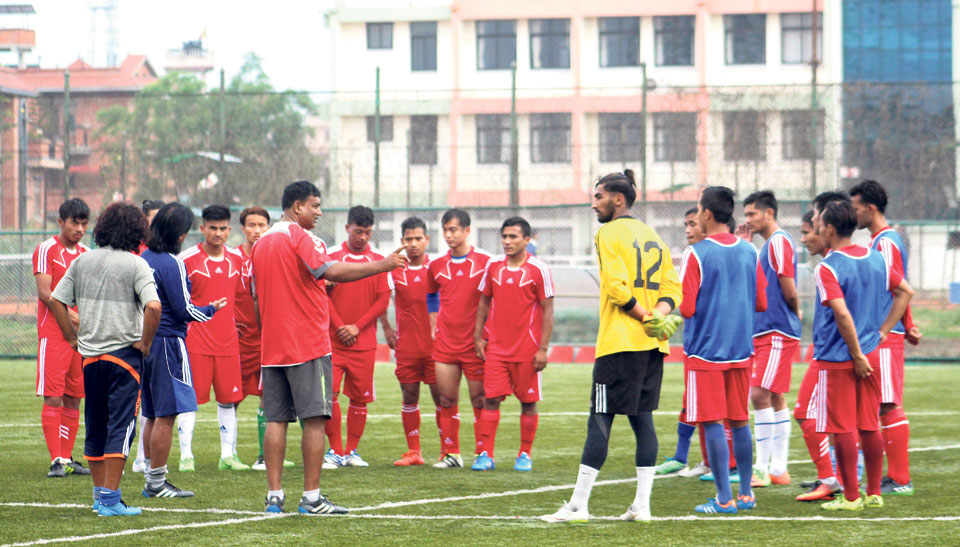 KATHMANDU, Oct 31: Nepal U-19 has started their Group A match against host nation Kyrgyzstan AFC U-19 qualifiers at Bishkek.

Most of the players who defeated Bhutan last September were selected for the qualifiers.

Nepal is pitted in Group A beginning their qualification campaign followed by Bahrain two days later. Likewise, the young team will compete against UAE on November 4 and Oman in its last match on November 8.

A total of 43 Asian nations that are divided into ten groups is competing in the qualifiers. Top two teams from each group will join host Indonesia in the final round next year.

AFC U-19 Qualifiers: Nepal trailing by a goal against Kyrgyzstan (Watch Live)

KATHMANDU, Oct 31: Nepal U-19 is into the second half of their Group A match against host nation Kyrgyzstan AFC... Read More...

KATHMANDU, Oct 31: Nepal U-19 has suffered defeat in their opening Group A match against host nation Kyrgyzstan for the AFC... Read More...

Nepal to host AFC U-16 qualifiers