WARSAW, Dec 3: After the starkest warnings yet of the catastrophic threat posed by climate change, nations gathered in Poland on Sunday to chart a way for mankind to avert runaway global warming.

The COP24 climate summit comes at a crucial juncture in the battle to rein in the effects of our heating planet.

The smaller, poorer nations that will bare the devastating brunt of climate change are pushing for richer states to make good on the promises they made in the 2015 Paris agreement.

Three years ago countries committed to limit global temperature rises to well below two degrees Celsius (3.6 degrees Fahrenheit), and to the safer cap of 1.5C if at all possible.

But with only a single degree Celsius of warming so far, the world has already seen a crescendo of deadly wildfires, heatwaves and hurricanes made more destructive by rising seas.

UN General Assembly president Maria Espinosa told AFP that mankind was "in danger of disappearing" if climate change was allowed to progress at its current rate.

"We need to act urgently, and with audacity. Be ambitious, but also responsible for the future generations," she added.

In a rare intervention, presidents of previous UN climate summits issued a joint statement as the talks got under way, calling on states to take "decisive action... to tackle these urgent threats".

"The impacts of climate change are increasingly hard to ignore," said the statement, a copy of which was obtained by AFP. "We require deep transformations of our economies and societies."

At the COP24 climate talks, nations must agree to a rulebook palatable to all 183 states who have ratified the Paris deal.

The road to a final rulebook is far from smooth: the dust is still settling from US President Donald Trump's decision to ditch the Paris accord.

G20 leaders on Saturday wrapped up their summit by declaring the Paris Agreement "irreversible".

But it said the United States "reiterates its decision to withdraw" from the landmark accord.

The UN negotiations got off to a chaotic start in the Polish mining city of Katowice Sunday, with the opening session delayed nearly three hours by a series of last-ditch submissions. 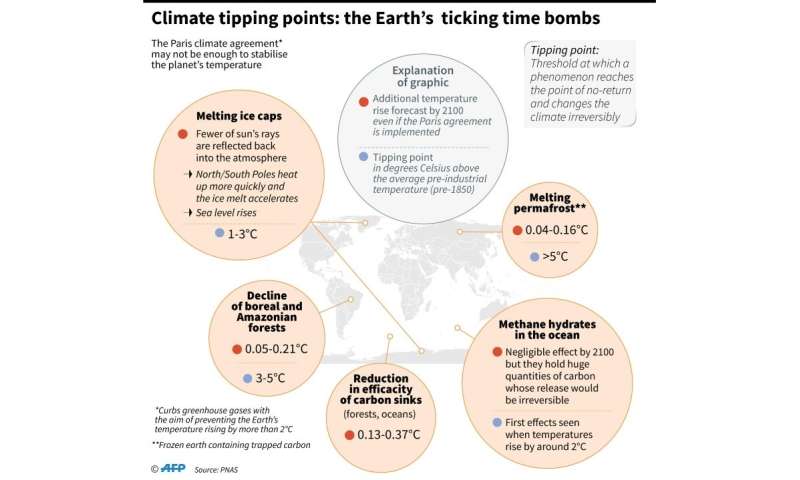 A string of major climate reports have cast doubt over the entire process, suggesting the Paris goals fall well short of what is needed.

Just last week, the UN's environment programme said the voluntary national contributions agreed in Paris would have to triple if the world was to cap global warming below 2C.

For 1.5C, they must increase fivefold.

While the data are clear, a global political consensus over how to tackle climate change remains elusive.

"Katowice may show us if there will be any domino effect" following the US withdrawal, said Laurence Tubiana, CEO of the European Climate Foundation and a main architect of the Paris deal. 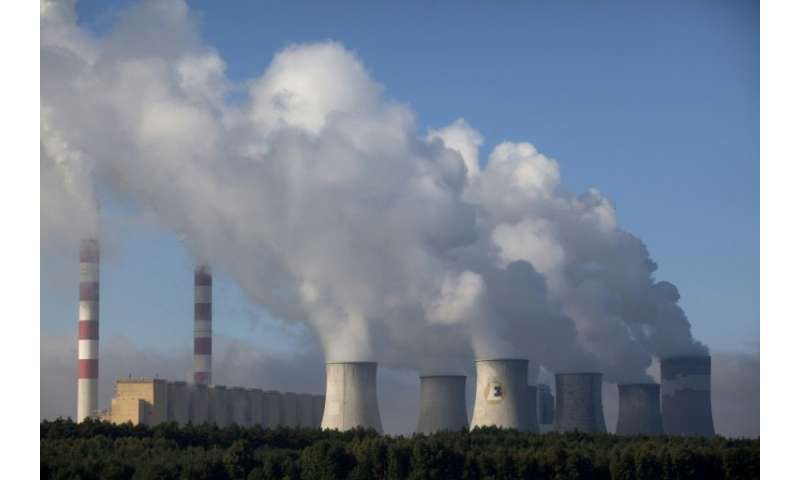 In Paris three years ago, countries committed to limit global temperature rises to well below two degrees Celsius (3.6 degrees Fahrenheit), and to the safer cap of 1.5C if at all possible

Brazil's strongman president-elect Jair Bolsonaro, for one, has promised to follow the American lead during his campaign.

Many countries are already dealing with the droughts, higher seas and catastrophic storms climate change is exacerbating.

"A failure to act now risks pushing us beyond a point of no return with catastrophic consequences for life as we know it," said Amjad Abdulla, chief negotiator for the Alliance of Small Island States, of the UN talks.

A key issue up for debate is how the fight against climate change is funded, with developed and developing nations still world's apart in their demands.

Poorer nations argue that rich countries, which are responsible for the vast majority of historic carbon emissions, must help others to fund climate action.

"Developed nations led by the US will want to ignore their historic responsibilities and will say the world has changed," said Meena Ramam, from the Third World Network advocacy group.

"The question really is: how do you ensure that ambitious actions are done in an equitable way?" 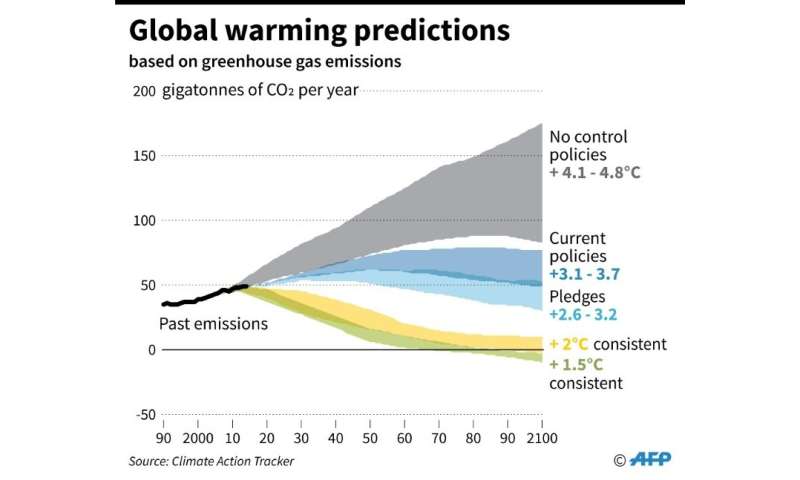 KATHMANDU, Nov 21: Nepal is to raise the issues about the impact of climate change with top priority in the... Read More...