Accused in death of woman from gang rape made public 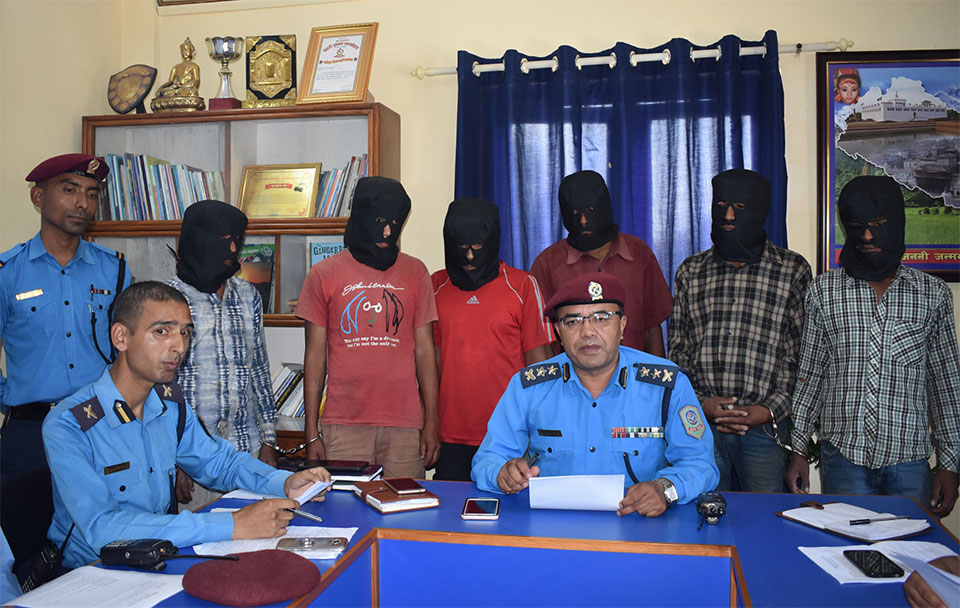 BANEPA, Sept 6: The accused in the murder of a woman due to gang rape a week ago were presented before media by the police here today.

At a press meet, Superintendent of Police, Sahadev Thapa, said preliminary investigations into the case showed the woman went into coma during the brutal rape and died before gaining consciousness. "Detailed investigations are underway," he added.

The half-naked dead body of Nanu Alemagar, 57, was found in a maize field near a brick kiln in Banepa Municipality-8. Police believed that she had sexual relations with the accused in the past.
The accused will be tried under a murder case and a post-mortem report of the body is awaited. RSS (photo available)

Five accused of crimes in Nepal and India made public

BARA, Feb 7: District Police Office (DPO) of Bara, on Tuesday, has made public five arrestees who have been accused of... Read More...

Mystery surrounds death of a woman accused of 'practicing witchcraft'

KAVRE, Dec 12: A woman in Sano Bangthali-7 of Kavrepalanchok district was fed with feces and tortured before being beaten to... Read More...