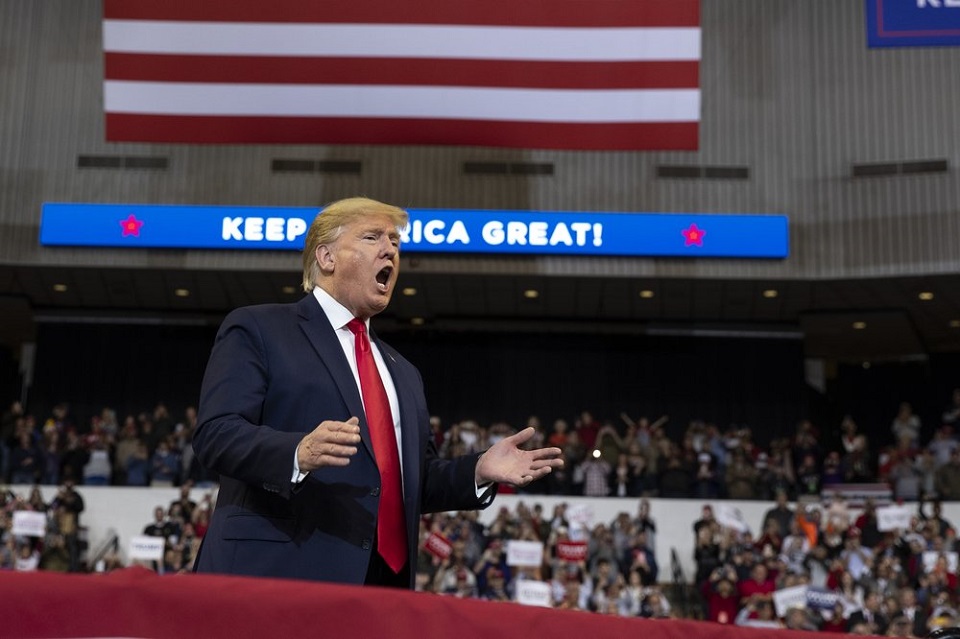 UNITED STATES, Sept 28: A bombshell story by the New York Times revealed that US President Donald J. Trump paid $750 in federal income taxes in 2016, and another $750 in “his first year in the White House”. Moreover, the story reports that he paid “no income taxes at all in 10 of the previous 15 years — largely because he reported losing much more money than he made”. The most damaging information from the story is that he paid “no federal income taxes in 11 of 18 years that the Times examined”.

The revelation comes weeks before the November 3 presidential election, and before the first presidential debate of the year-- on Tuesday---between Donald J. Trump and Joe Biden, the Democratic candidate for the president of the United States.

The tax revelation is particularly damning because multiple polls show that Trump is behind in key states, including in Iowa, Pennsylvania, and Florida. Five Thirty Eight, a popular online news portal that analyzes national polls, says Joe Biden has 78% chance of winning the presidency. They simulated the election 40,000 times, and the sample of 100 outcomes gave the result. 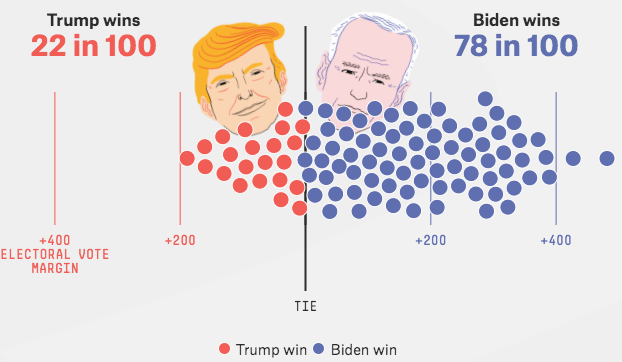 The Internal Revenue Service, the agency that collects taxes, is also investigating Trump’s tax refund of $72.9 million in taxes, “after declaring huge losses”. If he loses the case, the Times reports that he will have to pay more than $100 million.

The New York Times received tax-return data of Trump and his hundreds of companies, extending over more than two decades. However, the story does not include his personal tax returns for 2018 or 2019. Trump often boasts of his “amazing golf courses”, but a majority of his businesses, including the golf courses, have reported losing large money, and those “losses have helped him to lower his taxes”. His daughter Ivanka Trump was paid “consulting fees” even though she works for the Trump Organization.

According to the NYT story, Trump is personally “responsible for loans totaling $421 million”. The payments are due soon, and should he lose the presidency, the federal and local tax authorities will expedite investigations into his business dealings.

Dean Baquet, executive editor of The New York Times, in a note, explained the paper’s decision to publish the story. “The Supreme Court has repeatedly ruled that the First Amendment allows the press to publish newsworthy information that was legally obtained by reporters even when those in power fight to keep it hidden. That powerful principle of the First Amendment applies here.”

Meanline, President Trump called the NYT investigative report as “fake news, it’s totally made up”. At a White House press briefing soon after the story broke, Trump said, “Everything was wrong, they are so bad.”

UNITED STATES, Oct 9: President Donald Trump is stepping up his plans to return to the campaign trail after being... Read More...

U.S. election will be Nov. 3 as planned, Trump advisers say

WASHINGTON, Aug 3: The White House and Donald Trump’s campaign on Sunday sought to shut down the Republican president’s musings on... Read More...