How poverty reduction can survive deglobalization 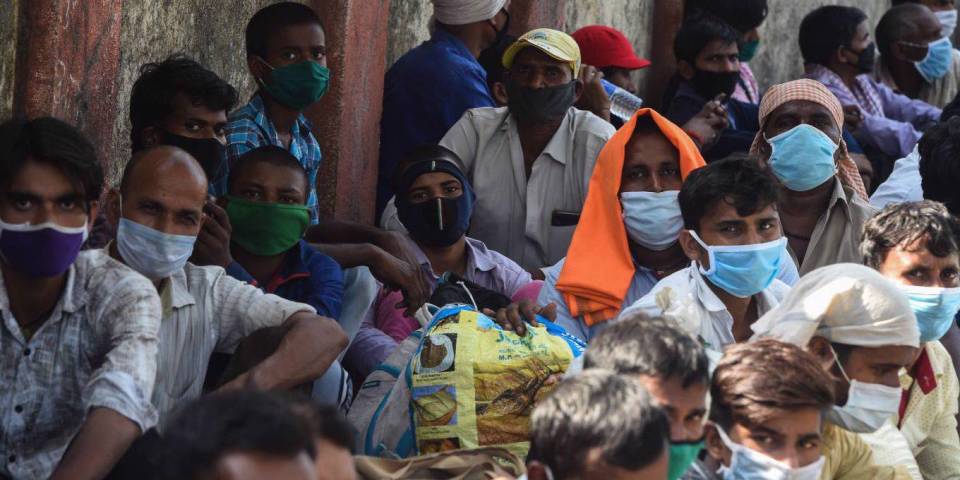 Even if global trade is no longer the primary engine of growth, developing countries have other means for reducing poverty at their disposal.

NEW HAVEN – The COVID-19 pandemic seems to have curtailed globalization in ways that the current US administration could scarcely have dreamed up even a year ago. But, viewed in a broader context, this year’s retreat from globalization is merely the latest chapter in an ongoing process that has left the developing world increasingly pessimistic about pursuing export-driven growth as a path out of poverty.

Before COVID-19 arrived, the latest World Bank estimates showed that the share of the world’s population living in extreme poverty (less than $1.90 per day in 2011 dollars) had declined from 36 percent in 1990 to 10 percent in 2015. But the pandemic has since threatened to reverse some of this progress; and even without the current crisis, poverty would have remained an important challenge in many parts of the world, not least Sub-Saharan Africa.

Advanced economies—particularly the United States and the United Kingdom—have increasingly been turning inward, restricting trade, undermining multilateralism, and closing their borders to immigrants. And it is exceedingly unlikely that these trends will be reversed any time soon.

Nonetheless, even if global trade is no longer the primary engine of growth, developing countries have other means for reducing poverty at their disposal. One option is to promote regional integration, deepening cross-border ties with neighboring countries at a similar stage of development. Although regional partnerships cannot provide the same purchasing power as high-income markets did in the past, they can still form a large enough market to achieve economies of scale. As was the case with the early European Economic Community (the precursor to the European Union), developing countries’ economic similarities can be transformed from an impediment to an advantage.

But regional integration will require a change in mindset. Developing countries must show a greater willingness to collaborate with neighbors whom they have traditionally seen as competitors. They will have to invest in infrastructure to link markets both within and across countries. And they will need to develop new institutions and trade agreements to sustain a stable system.

Another option for developing countries is to focus more on their own domestic markets to offset lost international demand. This approach comes more easily to countries with large populations. India, for example, could certainly drive stronger growth within its own borders, provided that it adopts the right policies. Such a model would still rely heavily on trade, but it would be trade across regions within India rather than with the rest of the world.

To be sure, in a country where most people live at subsistence level, a large population does not automatically generate enough demand for growth to take off. But for countries that have a sizeable middle class with enough purchasing power to buy industrial goods or tradeable services produced domestically, there is ample opportunity to spur growth and sustainable poverty reduction.

Less populous countries, however, tend not to have large enough domestic markets to support growth in the absence of external trade. Especially in their case, it is more important than ever that policymakers emphasize measures to ensure equality. Many developing countries, particularly in Sub-Saharan Africa, exhibit staggering inequalities. Usually, a small cohort of the ultra-rich controls the country’s natural resources while millions live in poverty. In the absence of trade, the only way to create and support a middle class in such countries is through the redistribution of resources from the rich.

A more equal distribution of resources would not only contribute to social harmony. It also would create the conditions for growth, because it guarantees that any additional resources generated by a positive wealth shock (for example, rising commodity prices) would trickle down, generating the necessary purchasing power to support domestic production.

If this idea seems far-fetched, consider the experience of Norway. When the country discovered oil in 1969, its per capita income was $31,861 (in 2010 dollars). By 2018, that figure had nearly tripled, to $92,120. Crucially, as of 1979 (the first year for which data are available), the Luxembourg Income Study shows that Norway had a relatively low Gini coefficient of 0.224, indicating relatively low inequality.

There are of course many differences between Norway and Mexico beyond measures of income inequality. But the fact remains that by thoughtfully balancing equality and growth, many developing countries will have a good chance of reducing poverty and achieving broader economic objectives even in the current global environment.

The U.S. ‘wasted’ months before preparing for virus pandemic

WASHINGTON, April 5: As the first alarms sounded in early January that an outbreak of a novel coronavirus in China might ignite... Read More...