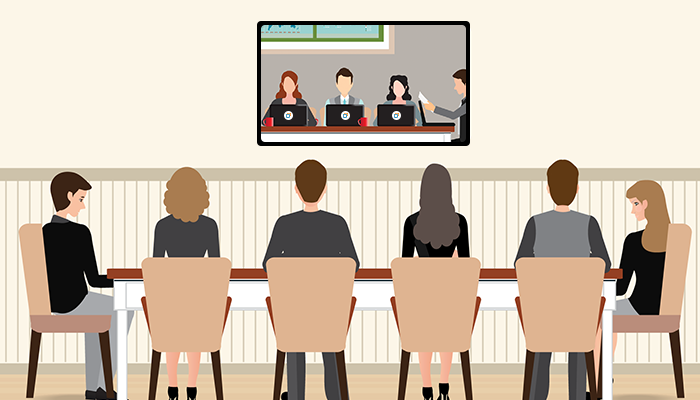 The efforts we make to avoid all male panels can lead do a variety of benefits, from discovering better experts, enriching the conversation, inspiring younger women, to fostering new expertise.

As the world reels under the Covid-19 pandemic, physical social distancing has given exponential rise to virtual connectivity and interactions, including panels and discussions of all kinds. Unfortunately, far too many discussions, now conducted online and also promoted more widely, are “all male panels,” or “manels.”

Manels are offensive because they ignore talented women with similar command of domain-knowledge. They are objectionable because they are a manifestation of male chauvinism that overlooks, undermines, and prevents further realization of women’s potential. They are not acceptable in a democratic and civilized society.

On the global scene, countries led by women leaders have performed better against the pandemic. More successful containment of the spread of the virus and more systematic reopening of the economy are attributed to strong female leadership, such as those of Jacinda Arden (New Zealand), Angela Merkel (Germany), Mette Frederiksen (Denmark), and Tsai Ing-wen (Taiwan). Such difference becomes visible when women are elected, allowed to lead. In Nepal, and on public discourse, the depth and scope of expertise among female experts is unmistakable—when female experts are included—for the unbiased mind to notice. Yet, our manels prevail.

On the one hand, it is harder for female scholars to be optimally productive due to additional burdens of household chores, children, and gender-based roles beyond the home. Conflicting priorities impact women more than men during lockdown. More women are also involved in countering the effects of the pandemic, from healthcare to education. So, it might even seem unfair to invite the more visible female scholars to academic discussions, which seem to reflect the luxury of additional time that men have now.

On the other hand, we must address how and why deliberations of any significant public issues should be done in gender inclusive ways. Because manels are a manifestation of much deeper structural social issues, we must hold organizers responsible to higher standards than we see today. Men must do their bit to avoid being manelists.

Nature, a science publication which has done quite a bit of work on this issue, showed that the number of female speakers has increased from seven percent in 2011 to 38 percent in 2019 in meetings and conferences related to Machine Learning and AI, as against just one percentage point on those related to Chemistry. One of its articles notes: “By omitting the voices of women, people of color, and other underrepresented groups, [manels] impede science.”Topics  like“say no to manels” have trended not just in Western societies but also in Nepal. Yet, gender-balanced panels are not yet common, beyond discussions on exclusively women's issues.

In Roshee’s experience, male panelists have frequently exhibited selective inattention or provided less time to female speakers. As a male panelist, Shyam has also often felt as if female colleagues are reluctantly invited for the “symbolic value” of their presence, rather than for seeking ‘substantive input’ from them. We both feel that discontinuing manels is not a goal unto itself. It is a means to a broader end: to change society. In fact, including women in panels is the easy first step toward making panels more and more diverse.  We must start by modeling and inspiring, by “showing” ourselves and not just telling others what a modern society should be like.

How organizers can avoid manels

What, then, can organizers do to avoid manels and to tackle the effects of the manel problem at the panels? First, reject the myth that there is a dearth of talented women in academia or intelligentsia. If you know fewer women with relevant expertise within your reach, use a broader scope in your search for female panelists. Take time to network, trying as much as needed to find capable women.

Start by finding women first. Ask one of them to help to form the panel. Be explicit about your values and needs (as well as topic, theme, and outcome). Explore the issue by viewing gender as a structural issue (alongside caste, class, and geography). Plan a balanced panel, not just a team with one woman for political correctness or optics.

It is okay to include a less “experienced” female panelist; in fact, the same is true for diversifying panels age-wise and otherwise. It is a good idea to view panels as opportunities to foster expertise and confidence. Doing this will help to break the cycle of depriving female (or younger) experts’ opportunity and recognition.

It is not enough to just “look for” women, however, or to just “find” them. Organizers must consider social realities, such as childcare (including breastfeeding), pregnancy, times of the day, and issues of security and comfort. Asking female colleagues to organize can better bring such issues to the program’s peripheral vision, facilitating accommodation.

When moderating discussions, take steps to prevent mansplaining tendencies, leading the discussion away from men hogging available time and the limelight.

How invited men can counter manels

The presence of women in positions of power and influence, or of sharing and collaboration, are not “women’s issues.” They are men’s issues as well. So, before accepting an invitation, ask if the panel will be inclusive (meaning not just adding a token woman but balanced). Say sorry if not. Confirm again before being on the panel.

No, it is not rude to bring up this issue. You’re not the one (potentially) doing a backward thing. Just be diplomatic, not shy. What if a panel may fall apart if you say sorry? Suggest a female replacement to you. What if there is no time? Having to cancel, postpone, or reorganize a panel is far better than doing a manel. Don’t worry.

No, it’s not just on “gender” issues where gender balance is needed (all spaces but “men’s clubs” must be gender-inclusive). In fact, gender-inclusive panels serve a corrective function, so don’t miss your opportunity to help address it. And men need to catch up and learn from women.

At the panel, listen, especially to women. Watch out if you or other men are dominating. If gender seems to be the reason for any imbalance, politely ask others to pause and listen. That’s not rude either. You have a voice, trust in society, and the political and cultural capital of education and expertise. Use them for common good.

Also, the very efforts we make to avoid manels can lead do a variety of benefits, from discovering better experts for selecting from, enriching the conversation with more diverse expertise and perspectives, inspiring younger women by showcasing female talent today, to fostering expertise among new generations.

Yes, it may seem unrealistic in these difficult times to demand that we shed all kinds of biases, prejudices, and discrimination (related to gender, race, ethnicity, or caste). But it is precisely against difficult times that our values are best tested.

In fact, men are most likely to get smarter when they say no to manels.

The spirit of Nepal is infectious

Nepal gave me a renewed sense of love for my passions because of the desire with which everyone spoke about... Read More...