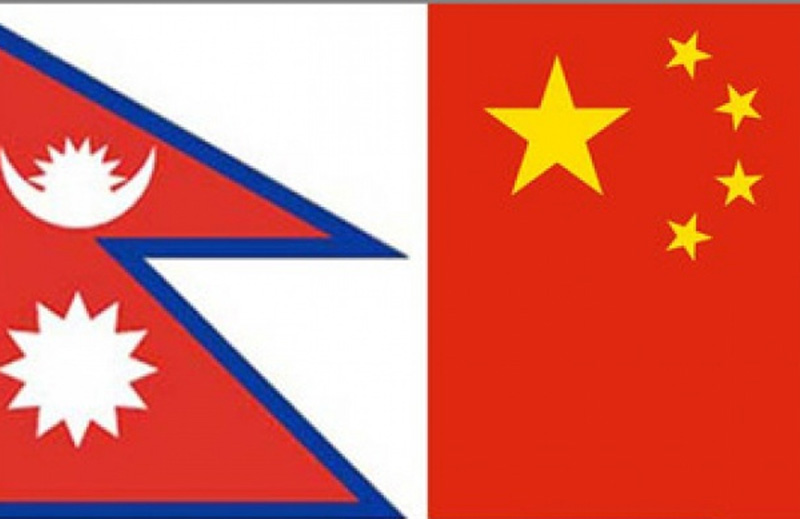 KATHMANDU, Nov 8:  Expressing concern over the commitment of the new government to Nepal’s long-held one-China policy, China has registered  strong objections with the government over ‘anti-China’ activities in Nepal in recent days.

Highly-placed sources said the northern neighbor has also expressed serious concern over the alleged meeting of ruling Nepali Congress (NC) party President Sher Bahadur Deuba with representatives of the Tibetan government in exile during a function organized by an Indian think-tank in Goa, India.

Sources said a Chinese embassy official registered a strong objection at the Ministry of Foreign Affairs (MoFA) over Nepal government authorities allowing  the Taiwanese flag during an art exhibition held at *Nepal Art Council on Sunday. The official had questioned the commitment of the new government and the ruling party leaders to the  ‘One-China’ policy.

Nepal has been recognizing Tibet and Taiwan as integral parts of China under its official foreign policy. The Chinese side has taken as a breach of the One-China policy by Nepali authorities the use  of the Taiwanese flag during the function held at the art gallery.

Sources said China is additionally wary of the activities of leaders of the coalition partners of the new government led by Pushpa Kamal Dahal. It has registered its displeasure both formally and informally against  the government and the ruling party leaders in recent days.

China grew highly suspicious of the commitment of the new government to the One-China policy, especially after NC President Sher Bahadur Deuba participated as one of the key speakers in a conference which was also reportedly attended by the Prime Minister of Tibetan Government in Exile, Lobsang Sangay, in Goa. Chinese embassy officials in Kathmandu, according to sources, had immediately communicated their displeasure to the NC leadership as well as the foreign minister, Prakash Sharan Mahat.

Although NC Chief Secretary Krishna Prasad Paudel issued a statement on Saturday refuting the participation of any representatives of the Dalai Lama in the function attended by Deuba, the brochure of the India Ideas Conclave shows Sangay as one of the distinguished speakers at the conference. The Chinese side also expressed reservations over Deuba accepting an invitation of a ‘far right’ organization like the India Foundation.

The source added that China is equally miffed at the activities of Deputy Prime Minister and Home Minister Bimalendra Nidhi. A representative of the Chinese embassy openly alleged that Nidhi had harbored negative intentions against China in all his activities.

KATHMANDU, Feb 28: China has urged Nepal to joint its campaign of Silk Road which, it argues, is for regional... Read More...

Daily infections rise to 12,338 in Nepal, active case load reaches 57,328
15 hours ago
99 Nepali workers set out for Israel; labor minister, ambassador reach TIA to see them off
23 hours ago

BFIs approves refinance loans of Rs 106.8 billion as of mid-January
16 hours ago

Cut off by volcano, Tongans relieved as contact restored
17 hours ago