Man accused of killing missing wife is in critical condition 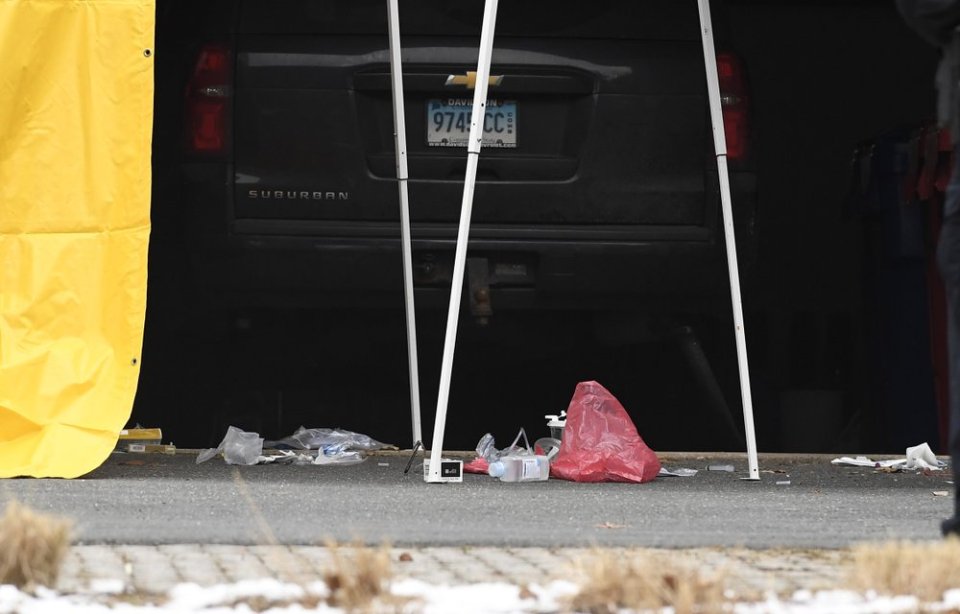 Medical supplies are seen outside an area outside of the garage to Fotus Dulos' home, Tuesday, Jan. 28, 2020, in Farmington, Conn. A dispatcher from the Farmington police said officers had responded to Dulos' home and he was later transported to the hospital (AP Photo/Jessica Hill)

FARMINGTON, Conn., Jan 29: A Connecticut man charged with murdering his estranged wife was hospitalized in critical condition Tuesday after being found unresponsive in a vehicle inside his garage, authorities said.

Fotis Dulos was found when officers went to his house in Farmington because he was late for a bond hearing in the murder case. He is being treated for carbon monoxide poisoning, according to Farmington Police Lt. Tim McKenzie, who would not confirm if it was a suicide attempt.

Dulos and his wife, Jennifer Dulos, were going through bitter divorce and child custody proceedings when she vanished months ago. He has denied any role in the disappearance of his wife, who hasn’t been seen since she dropped their five children off at their New Canaan school in May. The children, who ranged in age from 8 to 13 when their mother vanished, have been staying with their maternal grandmother in New York City.

Officers and emergency medical responders converged on Dulos’ stately home in the wealthy Hartford suburb around noon Tuesday, and confusion ensued because Dulos’ attorney, Norm Pattis, and others initially said that he was dead. Pattis later said he was told his client had a pulse and was being taken to a hospital.

“Typically, CPR will be performed for a period of time,” McKenzie said. “If there is any type of life present, the patient will be transported to a hospital, and that’s what happened today.”

Aerial footage of Dulos’ home showed officials erecting tents in the driveway, while several people milled about. He was later flown by helicopter to the Jacobi Medical Center in New York City for treatment.

Detectives are interviewing witnesses as part of the investigation. Dulos was alone inside the house when police responded.

Pattis told NBC News that Dulos faced “devastating news” that his bond may be revoked Tuesday and he could be sent to jail to await trial.

“Questions had arisen regarding the collateral to post the $6 million bond, and we were ordered to appear in court at noon,” Pattis told the network.

Dulos, 52, pleaded not guilty earlier this month to murder and kidnapping charges. He had posted a $6 million bond and was under house arrest.

In filings in the divorce case, Jennifer Dulos said she was worried for her safety and that of the couple’s children.

Police allege Fotis Dulos lay in wait at Jennifer Dulos’ home in New Canaan for her to return after dropping the children off. Authorities say Fotis Dulos attacked the woman in her garage, leaving behind a bloody crime scene, and drove off with her body, which has not been found.

Fotis Dulos’ former girlfriend, Michelle Troconis, and his friend, attorney Kent Mawhinney, are both charged with conspiracy to commit murder. Police said they helped Fotis Dulos try to cover up the killing, including by creating bogus alibis.

Oscar Pistorius sentenced to 6 years in prison for murder

PRETORIA, South Africa, July 6: Oscar Pistorius has been sentenced to six years in prison for the murder of girlfriend... Read More...

Fraud on the rise in foreign employment
9 hours ago

NC leading in vote-count under FPTP category of HoR and PA elections
13 hours ago
Why is Climate Finance a Focus Area for Nepal?
4 hours ago