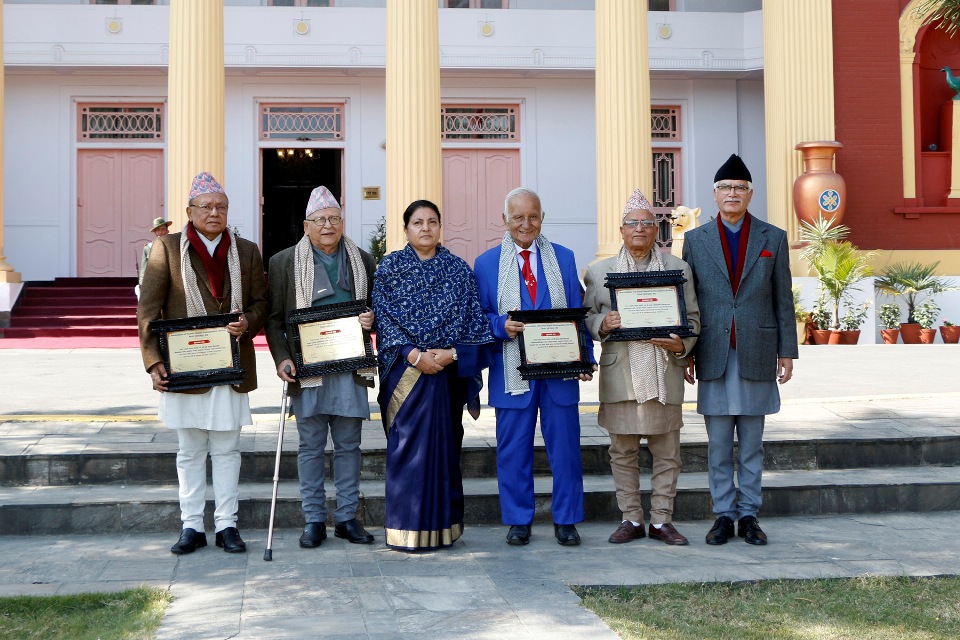 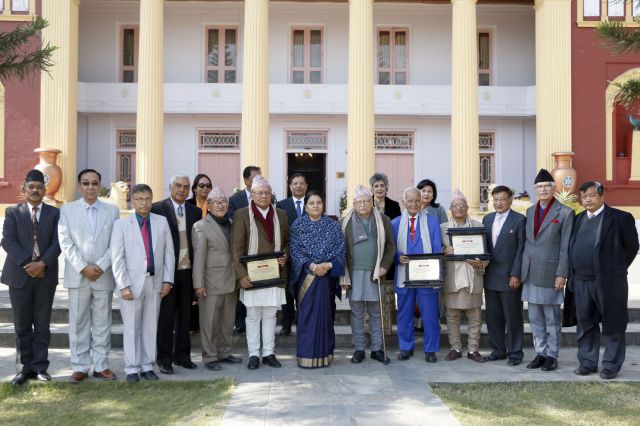 "Nepal wants to further strengthen the nation's foreign relations keeping the changed geopolitical situation and aspiration for economic development in mind," she said adding that the core principle of the country's foreign policy is to develop friendship with all.

"We want to cherish the goal of connecting the world with the bond of friendship," she said adding the state would always remember and acknowledge the role and contribution of former ambassadors in promoting the country's prestige.

“The success of former ambassadors in holding the nation's head high amidst several challenges was the bright side of Nepal's history," Bhandari said.

On the occasion, Minister for Foreign Affairs Pradeep Kumar Gyawali expressed his happiness over the roles that (former) ambassadors played in expanding the nation's image and consolidating mutual ties during the period of political transition at home.

"A successful diplomacy is important for countries like Nepal to promote one's existence, development, and interests," he said.

He said Nepal's capability gets reflected in its success of promoting one's interest by establishing and maintaining balanced ties with neighbors.

"Diplomatic development remains as the important factor for the country like Nepal and a role of ambassador is comprehensive towards that end. Only the right foreign policy of any nation is not enough for the successful diplomacy, but it is determined by the nature of its operators and ministry's mechanism," Gyawali said.

Honored personality Shrestha suggested the Ministry of Foreign Affairs make correction to its 'understanding' that only people retired from the Foreign Service were the diplomats. He sought proper recognition of the contribution of ambassadors.

General Secretary of AFNA Dr Rishiraj Adhikari highlighted the importance of the program.

Former Ambassador Upadhyaya had served as the ambassador to the United States of America, Shrestha to the United Kingdom, Koirala to South Korea and Prof Dr Lohani to Bangladesh.

Govt’s first priority in the upcoming fiscal year is to make Nepal free from COVID-19: President Bhandari (with full text)

KATHMANDU, May 16: President Bidya Bhandari has said that the priority of the government in the upcoming fiscal year would... Read More...