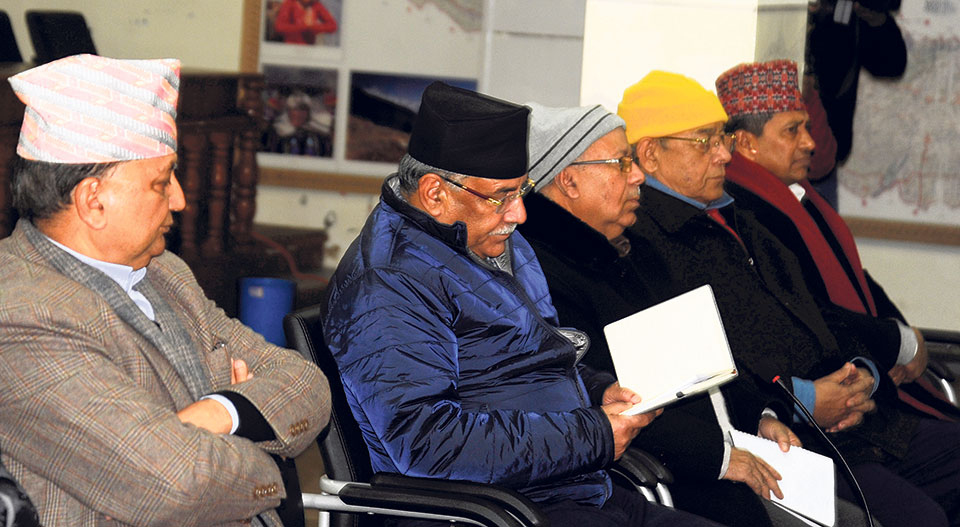 KATHMANDU, Dec 16: The ruling Nepal Communist Party (NCP) has begun discussions on the political reports presented by the party's chairman duo and other topics on the second day of the party's fourth committee meeting today.

On the occasion, he had stressed on making the works of the party and the government effective. The report includes topics like an assessment of the national and international situation, strengthening of the party unity, evaluation of the government's works and the by-election, approval of the decisions made earlier by the party secretariat and the future action plan of the party.

Apart from the political report, the agenda of the meeting also include amending the party statute, the Nepal-India border problem and the upcoming central committee meeting, among others. Party general secretary Bishnu Poudel had presented the statute amendment proposal as well in the meeting.

KATHMANDU, July 6: The ‘crucial’ Standing Committee meeting of the ruling Nepal Communist Party (NCP) which was scheduled to be... Read More...

Cabinet meeting at 3 PM
40 minutes ago