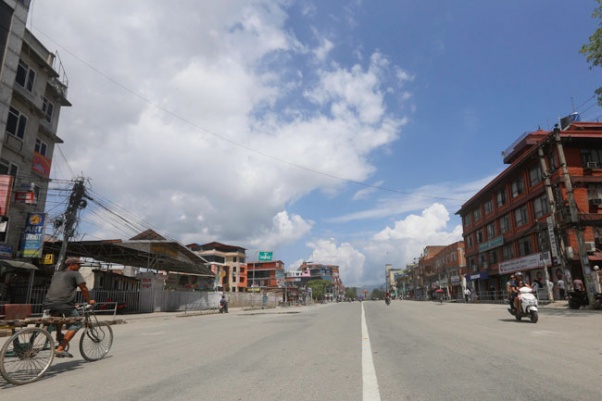 KATHMANDU, May 28: Around 8 million students throughout the country missed their classes on Monday due to a general shutdown called by the outlawed Netra Bikram Chand-led Maoist outfit. The outfit had called the strike after one of its members was killed in police action a few days ago.

The group had carried out a series of IED blasts in various parts of the country on the eve of the shutdown. At least four Maoists were killed and several injured when their bombs unexpected went off in the process of assemblage, according to police.

Fear gripped the students, parents and teachers and as a result school, colleges and other educational institutions across the country remained closed Monday, according to the Gaurdians Association of Nepal (GAN). Public transport and businesses were also affected.

According to the Ministry of Education, Science and Technology (MoEST), there are more than 8 million students including 7.39 million from grades 1 to 12 studying in 35,601 schools -- 27,833 community and 6,566 private schools -- across the country.

All the private schools remained closed affecting millions of students, according to the Private and Boarding Schools Organization (PABSON).

Though the political parties committed not to call strike in education sector after a directive was formulated 2011 declaring schools as peace zone, they have flagrantly ignored the commitment. The concept was developed after 10 students were killed at Sharada Secondary School, Doti in 2003 during the Maoist insurgency period.

"The students were deprived of education. It is the violation of fundamental rights enshrined in the Constitution of Nepal,” GAN president Keshav Puri said. “We are unaware what the government is doing to address such a serious issue,” he added.

KATHMANDU, May 5: Millions of students were affected by the transport strike imposed on Friday by various committees of transport... Read More...

BANEPA, Feb 20: Gyankunj Academy in Banepa has been vandalized by family members and relatives of a student who died mysteriously... Read More...