8 coffees a day means a longer life than no coffee 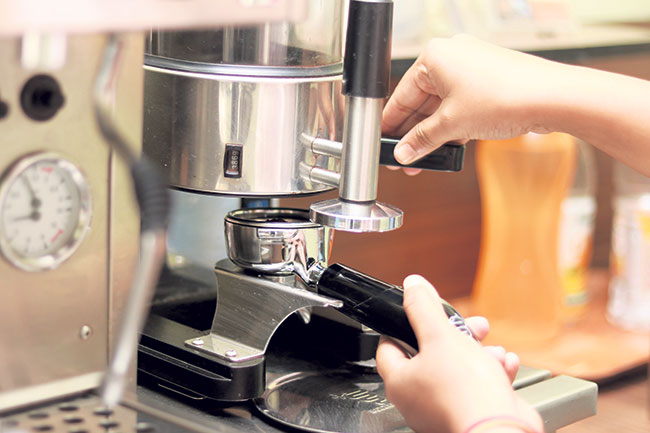 Drink an unsettling amount of coffee a day? Don't panic. The results of a new decade-long study involving almost 500,000 people suggest that drinking the beverage – in any quantity – leads to a longer life than not having any of it at all.

While there are caveats to that claim, the new study found that a longer life was linked to any kind of coffee: instant, decaf, whatever.

The sheer number of studies out there on this subject proves that scientists are fascinated with coffee.

But this latest research is particular noteworthy because the team tapped into the data of 498,134 British people voluntarily registered with the UK Biobank genetics database, then logged deaths over a 10 year period.

There was a small but statistically significant trend showing that the more coffee people drank, the more likely they were to live longer. In other words, a higher percentage of the non-coffee drinkers died.

"This study provides further evidence that coffee drinking can be part of a healthy diet and offers reassurance to coffee drinkers," write the researchers.

The inverse association with mortality continued right up to eight cups of coffee a day, suggesting we shouldn't worry too much about overdoing our coffee consumption. Overall, coffee drinkers were about 10-15 percent less likely to die than coffee abstainers.

As with any observational study like this though, where people are quizzed on their past and existing habits, we can't definitively say that coffee causes a longer life.

It might be that some other factor – like wealth, or education, or proximity to a coffee shop – is contributing to both higher levels of coffee drinking and lower rates of mortality.

Plus, the study only deals with people in the UK prepared to answer questions about their health habits – hardly a random cross-section of the world's population.

At the same time there are factors in the study's favour. It covered nearly half a million people, for a start, which is definitely to its credit. The study authors also controlled for certain factors, like smoking and body weight, to try and make sure these factors didn't influence the results.

Also backing up this study's claims are previous studies – like the 2017 research covering more than 700,000 people that also found a link between coffee and a longer life.

Again, the effects were the same whether or not the coffee was caffeinated. Scientists think the beverage might have some health-boosting properties that aren't to do with the caffeine.

There is also some evidence that coffee helps protect against damage to DNA.

As always, you should take this study in context. Context like the general recommendation from experts to stick to 400 mg of caffeine per day (about four cups of coffee) – too much of the stuff tends to lead to problems like insomnia or heartburn.

This study also looked at another question scientists have been asking: how genetics affects coffee consumption. We all metabolise coffee at different rates, which alters our sensitivity to it, but the data showed that this had no effect on the link between drinking coffee and a longer life.

Considering the strengths and weaknesses of the study, and everything that's gone before, we can chalk this up as more evidence that coffee does indeed seem to improve our health in certain ways – even if we don't exactly know how.

No doubt more coffee studies will be along in the very near future. In the meantime, don't worry about having that extra cup in the morning, as it's probably good for you.

KATHMANDU, July 8: The government is learnt to have been planning to come up with clear policies regarding forest and... Read More...