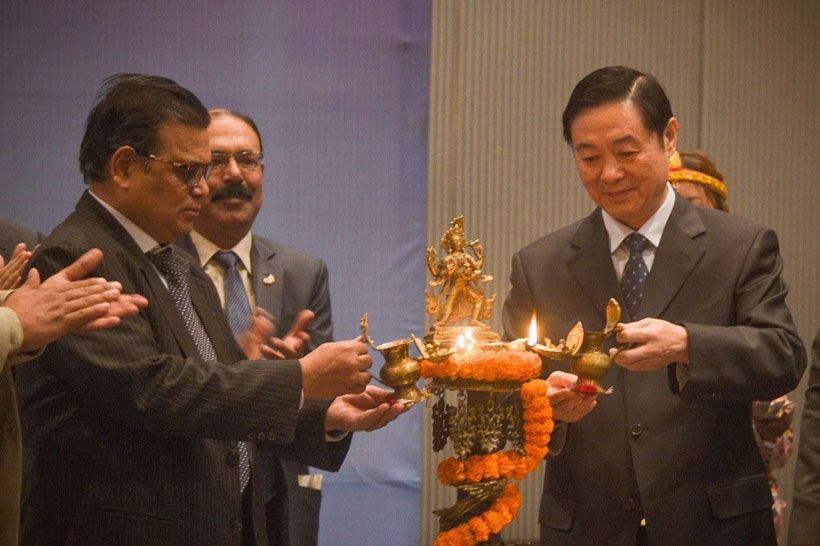 Among other programs, Nepali as well as Chinese cultural shows will be organized during the three-day festival which will conclude on Wednesday.

Qibao who arrived in the capital leading a Chinese delegation yesterday urged Nepal to be part of the One Belt One Road (OBOR) initiative undertaken by China.

Qibao called on President Bidya Devi Bhandari soon after his arrival yesterday and is scheduled to meet PM PUshpa Kamal Dahal and other senior politicians today.

4th national summit of Microfinance kicks off in capital

KATHMANDU, March 15: The 4th National Microfinance Summit organized by the Center for Microfinance (CMF), Nepal has kicked off in... Read More...

POKHARA, Dec 24: The 10th edition of HISSAN Kaski Sports Meet has kicked off at the Pokhara stadium. ... Read More...