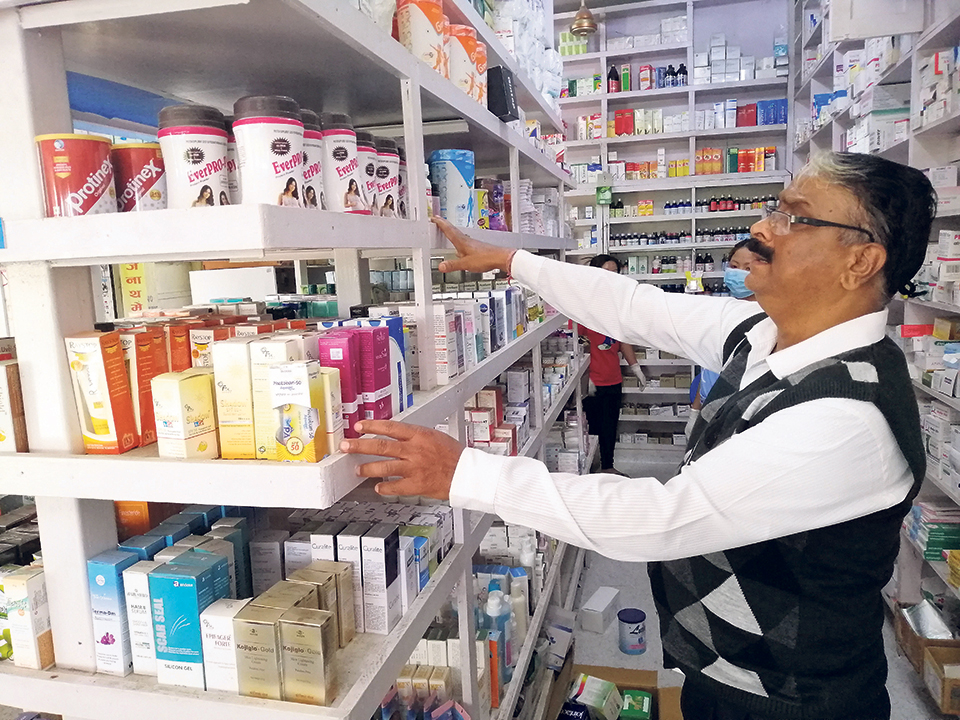 DHARAN, Oct 20: Doctors at BP Koirala Institute of Health Sciences (BPKIHS) have been found prescribing patients with unnecessary medicines and unregistered food supplements that cost much more than the government-approved medicines.

For instance, the doctors have been prescribing a food supplement tablet named ‘Cabo Din’ instead of Calcium D3 Calvit tablets to the patients requiring calcium supplements, according to the Department of Drug Administration.

Meanwhile, Cabo Din is not registered with the Department of Drug Administration (DDA) and costs Rs 20 per tablet, while Calcium D3 Calvit is a registered drug that costs only Rs 7 per tablet.

Although Cabo Din is not registered with the department, pharmacies outside of BPKIHS are selling the food supplement. “We know Cabo Din is a food supplement, not a medicine. But, we have to sell them as per the prescription of doctors,” says Birendra Gupta, owner of a pharmaceutical store.

Local pharmacies told Republica that doctors at BPKIHS have been prescribing food supplements instead of medicines for the last five years.

“The scenario has worsened in the last two years. The sale of food supplements is higher than medicines in this area. If doctors stop prescribing unregistered food supplements, we will stop selling it,” Subhash Paudel, general secretary of Sunsari chapter of Nepal Pharmaceuticals Association, said, adding that the pharmacies in the region have no other options than to sell medicines and food supplements prescribed by doctors.

A team from the Department of Drug Administration (DDA), Biratnagar, while monitoring the pharmacies outside the premises of the hospital on Friday, found that the stores have been selling more than 150 units of unregistered food supplements daily.

Referring to an OPD card obtained by the department, Kattel said they have evidence of doctors prescribing unnecessary food supplements to a patient.

Meanwhile, the department also informed acting vice-chancellor of the institute, Dr Guru Khanal, and Dr Gauri Shankhar Shah, director of the hospital, about the incident. “If pharmacies don’t return the supplements within a week, the department will seize them with the help of security forces,” Kattel warned.

Meanwhile, Dr Khanal said this is a serious issue, and urged the DDA to investigate the issue properly.