Foreign guests to join Indra Jatra for the first time 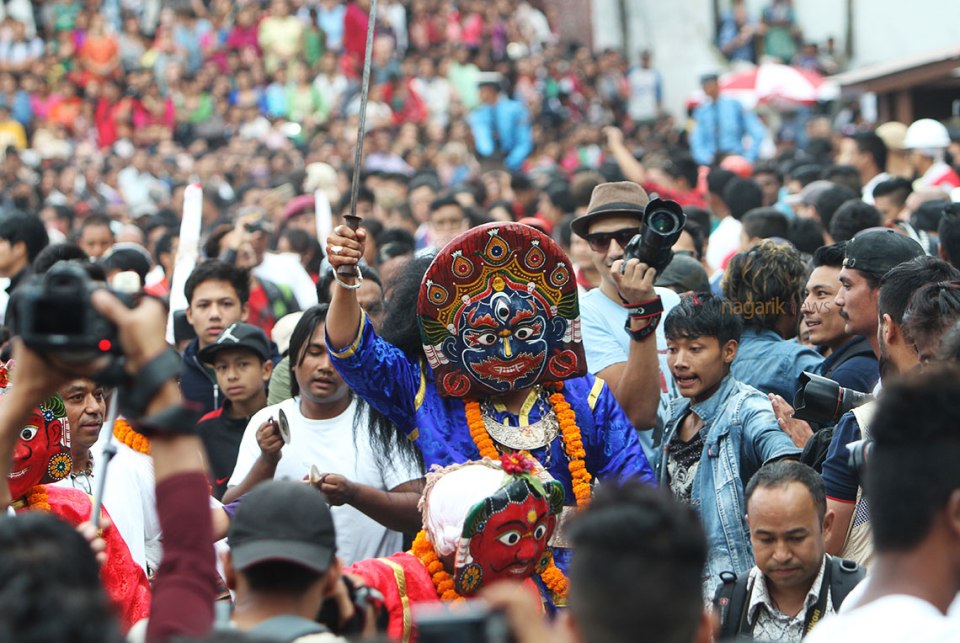 KATHMANDU, Sept 11: A total of 48 foreign guests including five mayors from various cities of the world will participate at the ongoing Indra Jatra festival.

Amid a press conference held on Wednesday, Kathmandu Metropolitan City Mayor Bidya Sundar Shakya said that the guests from the United States, China, India Japan, Bhutan, and Bangladesh will observe Indra Jatra. This is the first time that the KMC has invited foreign guests for the festival.

"We believe that the presence of foreign guests will help to promote unique Nepali culture and tradition since we are making preparations to observe Visit Year 2020," he said.

Foreign guests will attend the concluding ceremony of Indra Jatra to be held on Friday.

President Bidya Devi Bhandari will attend the function to be organized at Bashantapur Durbar Square in the capital. Indra Jatra, which is Kathmandu Valley's longest festival, began on Tuesday.

KMC has allocated a budget of Rs 1 million for the Indra Jatra celebrations.

Loan repayment period will be extended, Monetary Policy will meet the private sector’s expectation (WITH VIDEO)
12 hours ago

Rescue for Nepalis stranded abroad due to COVID-19 ‘too little, too late’
16 hours ago

Four arrested for flying drones without permission
10 hours ago

Loan repayment period will be extended, Monetary Policy will meet the private sector’s expectation (WITH VIDEO)
12 hours ago