KATHMANDU, Aug 6: Suicide rates have gone up with the increase in the number of people suffering from mental health issues in the country in recent years, data provided by the Nepal Police Headquarters suggests. 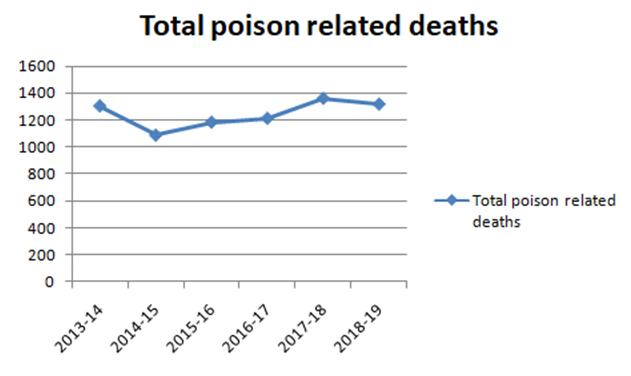 The spokesperson of the Nepal Police Bishwaraj Pokharel told Republica Online that acute poverty, unemployment, changing lifestyle and mental health issues are major reasons for the people to commit suicide. People from all age groups commit suicide in Nepal, he said.

"However, those who commit suicide by consuming poison are mostly youngsters," he said. Dr Umanga Jung Parakram Shah, director at the Nepal Academy of Psychology told Republica Online that suicide rates are high among the youngsters due to various reasons. "It is because; youths pass through physical, emotional and social changes during this particular period of their life," he said.

Mental disorder, unfulfilled desires, and failed love affairs are also reasons for the youngsters to commit suicide, he said.

However, Nepal is not an exception. The suicide rate is increasing day by day in many countries around the world. According to the World Health Organization, suicide is the second leading cause of death among youngsters.

Seven arrested for trying to rob tourist
15 hours ago

Meeting of Maoist Center ends for today, next meeting scheduled for 11AM tomorrow
13 hours ago

Home minister urges industrialists to use indigineous products
13 hours ago