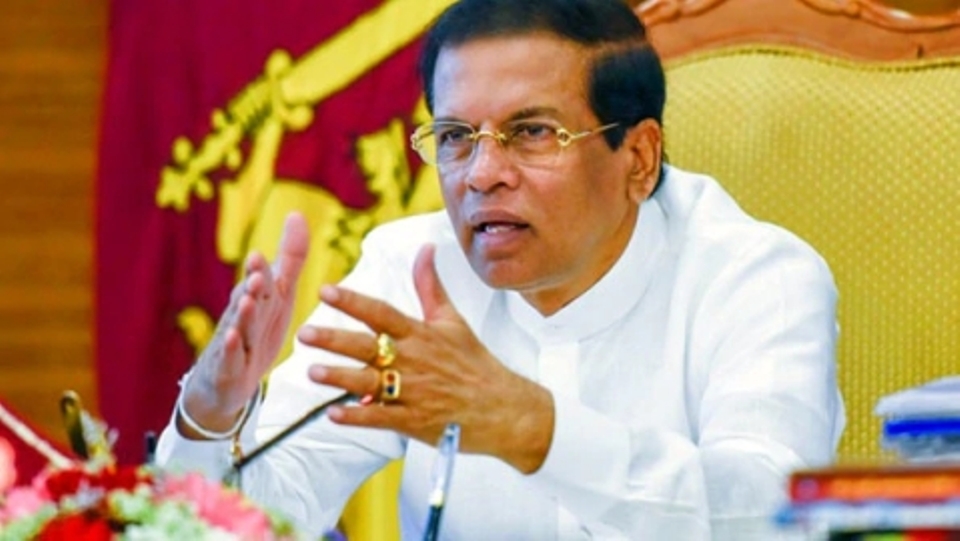 COLOMBO, June 26: Sri Lanka’s president on Wednesday signed death sentences for four people convicted of drug-related offenses in a decision analyst said is aimed at boosting his chances of re-election later this year.

Maithripala Sirisena was elected as a reformist in January 2015 but has struggled to fulfil pledges including addressing human rights abuses, eliminating corruption and ensuring good governance.

He has been under increasing pressure since a political crisis last year and more recently faced criticism for his handling of Easter Sunday bomb attacks that killed more than 250 people.

“I have already signed the death penalty for four (convicts). It will be implemented soon and we have already decided the date as well,” Sirisena told reporters in Colombo, without giving details.

He said the four could appeal their convictions on charges of trading and trafficking in drugs.

Many Sri Lankans, including several influential religious leaders, are in favor of reinstating the death penalty to curb rising crime, though rights groups have warned that such a measure would be ineffective.

“The death penalty does not deter crimes any more effectively than other punishments,” said Kumi Naidoo, secretary-general of rights group Amnesty International.

“Executions are never the solution,” he added.

The last execution in Sri Lanka was 43 years ago.

The country’s last hangman quit in 2014 without having to execute anyone, but he cited stress after seeing the gallows for the first time. Another hangman hired last year never turned up for work.

The president’s hardline policy is in part inspired by the Philippines’ so-called “war on drugs”, where thousands have died in encounters with police.

“He is trying to project himself like the Philippines president ... but I doubt whether it is enough. It won’t give him much political mileage now,” political columnist Kusal Perera told Reuters.

Sirisena declined to comment on whether he will stand as the presidential candidate for his center-left Sri Lanka Freedom Party, which has recommended him as the candidate for the election expected in the last two months of 2019.

NEGOMBO, May 6: Two people have been arrested and an overnight curfew lifted Monday after mobs attacked Muslim-owned shops and... Read More...

Sri Lanka is in mourning. In the worst violence since the end of the civil war a decade ago, at... Read More...

Two including an engineer go missing as water tunnel of Melamchi bursts, two injured were rescued immediately
13 hours ago

PM Oli's remarks on Ayodhya not linked to any political subject and have no intention at all to hurt anyone’s sentiments: Foreign Ministry
53 minutes ago