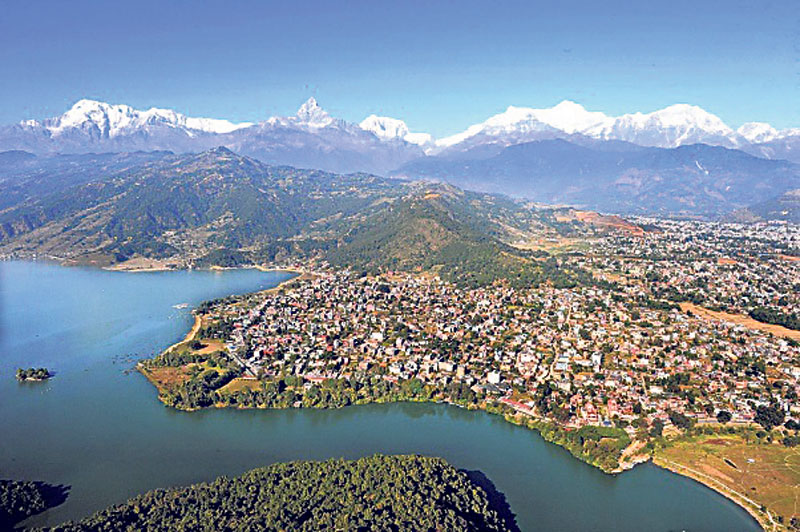 Tourists who had booked hotels in advance have started cancelling their bookings all of sudden, said Ram Chandra Sharma, immediate past president of Pokhara chapter of Trekking Agencies Association of Nepal (TAAN).

“As many as 14 tourists from Europe had booked hotels a few months ago,” he said, adding, “But they sent an email informing us about cancelling their visit.”

Most of the tourists have not explicitly indicated Indo-Pak tension as a reason for cancellation, he said. However, tourists have said that they cannot be assured of the safety aspect.  According to Sharma, those who cancelled their trip to Nepal had planned to visit the country during mid-October.

“Safety and security is always the first priority of the tourists.  They might be frightened due to unrest in the Indo-Pak border,” he claimed. “The tourism sector that suffered badly due to earthquake and border blockade had showed signs of revival in the recent times. However, Indo-Pakistan tensions have once again cast dark shadow in the business,” he lamented.

Prakash Bastakoti, operator of Apex Asia Travel and Trek also holds similar opinion. “Tourists have started interrogating about the Indo-Pak tensions,” he informed. “At least six tourists from Germany are asking us to postpone their scheduled trip to Nepal,” he said. “They seem worried about the safety after Indo-Pak tensions escalated after terrorist attack in Uri of Kashmir.”

European tourists are more concerned about the safety and security aspect, according to Bharat Raj Parajuli, chairperson of Western Regional Hotel Association (WRHA).

“Tourists who were planning to come to Nepal via India are now more worried over their safety aspect,” he claimed, adding, “Indo-Pak tensions have been widely covered by international media and many people are reluctant to come to this region. As a result, neighboring Nepal seems to be suffering the most although it is peaceful and safe to travel.”

Chairperson at Pokhara Tourism Council  Som Bahadur Thapa said that the lack of direct air service between Nepal and other European countries has hit the tourism sector hard.

“Many tourists come to Nepal via India due to lack of direct air service. Out of total inflow, at least 60 percent tourists come via India,” he said. “As a result, tourists' movement directly affects if there is unrest in India.”

POKHARA, March 16: Turkish Airway's airliner had an accident at Tribhuvan International Airport (TIA) about three years ago.  All the passengers... Read More...