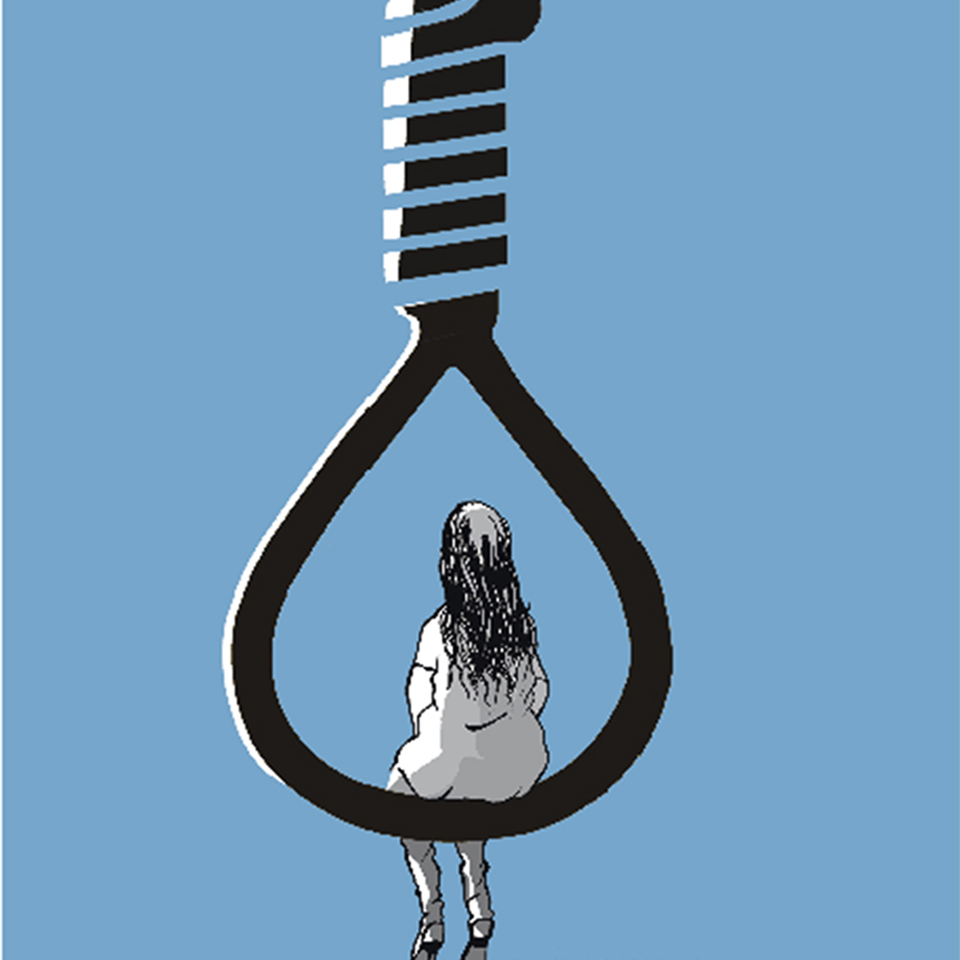 BIRGUNJ, May 14: Two young women were found hanging in the villages of Chipharmai Rural Municipality,  Parsa district in the last two days.

According to Area Police Office (APO) Pokhariya, Bindi Devi’s body has been sent to Narayani Hospital, Birgunj for a postmortem. The District Police Office  is investigating the case. As per  locals, Ramesh was in an affair with another woman because of which he often had quarrels with his wife. In their three years of marriage, Bindi could not even spend half her time at her husband’s home.

Locals had repeatedly told them to reconcile their differences and live together. It had just a few days ago that Bindi had returned from her parental home .  “We are investigating the case and consulting with the family of the deceased,” said Deputy Superintendent (DSP) of  Police Rewati Dhakal.
In another incident, Santoshi Mahato was found hanging from a guava tree at around 7 am on Monday.

Locals immediately reported to police . A team from APO Pokhariya sent the  body to Narayani Hospital for postmortem. It is stated that the  deceased woman had been married against her will and was unable to adjust to her husband’s home.

Earlier, she had returned to  her parents but they had consoled her and sent her back. “We don’t have  many details but we will know more after her parents and others come within our reach, “ said DSP Dhakal.

NEPALGUNJ, May 12: The parents of Bhumisara Kunwar of Banke who died on Friday after poisoning herself on May 6,... Read More...

MEGHALAYA, Aug 2: Indigenous women in northeastern India are calling on the Meghalaya state government to block a bill that... Read More...