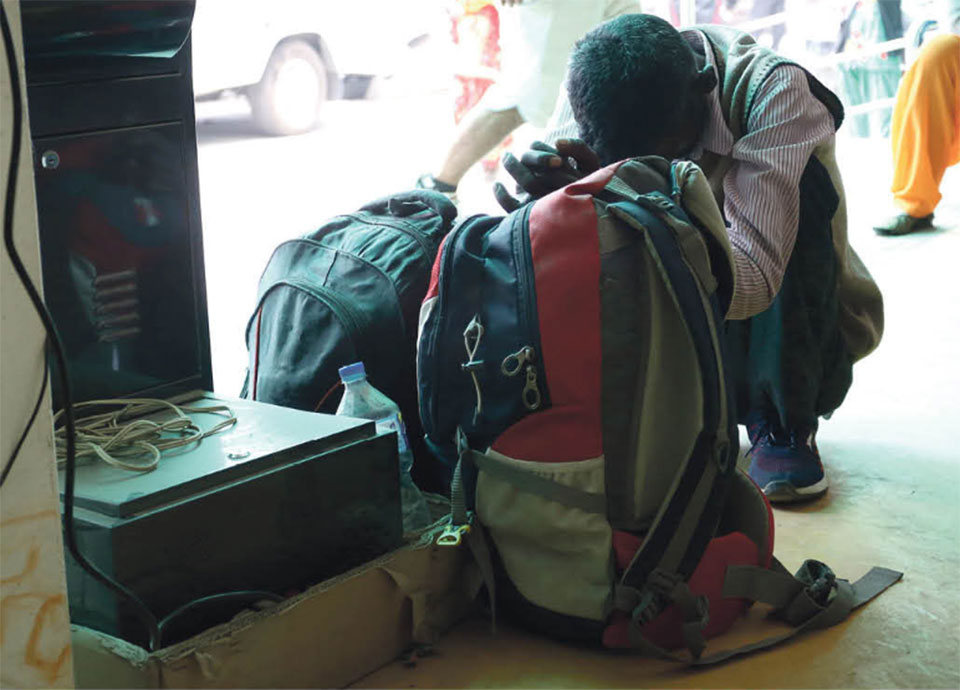 Thirty-five years old Dhan Bahadur Rana of Dhangadhi, who is suffering from kala-azar and tuberculosis arrived at Bir Hospital for treatment on Friday only to find that the doctors were on a strike. He was referred to Bir by Seti Zonal Hospital. Photo: Dipesh Shrestha/Republica/Files

KATHMANDU, April 11: Patients coming to the government hospitals in the capital after being referred by hospitals in their districts faced difficulties as doctors have boycotted their duty except for emergency services for the last six days.

Though doctors at Bir Hospital were forced to provide their OPD services on the hospital premises on Wednesday morning, many patients couldn’t get proper treatment.

Patients who came from various remote districts told Republica that a large number of patients were still deprived of the regular services as the doctors conducted examination only for a few hours.

Also a clash took place on the hospital premises as the public demanded to give continuity to the services at the OPD.

Police deployed from the Metropolitan City Police Range at the hospital said the clash took place between the angry patients and doctors.

The doctors started the protest on Friday demanding correction of a provision in the recently-introduced civil service adjustment act that makes it mandatory for doctors to work also under the provincial government or local units.

The doctors have demanded that they be deputed only through the federal government.

Prabesh Sejwal who came to Kathmandu from Argakhanchi with his 51-year-old father said his father got treated only after he was taken to the emergency department.

A resident of Sindhuli, Ram Bahadur Khatri said they have been receiving treatment at the emergency department as the OPD services remain closed for days.

“My 80-year-old father, who is suffering from pneumonia and asthma and needs regular follow-up is being treated at the emergency department,” Khatri told Republica.

“As doctors, we hope to get an environment where we can provide our services freely,” said Dr Milan Bajracharya of Bir Hospital.