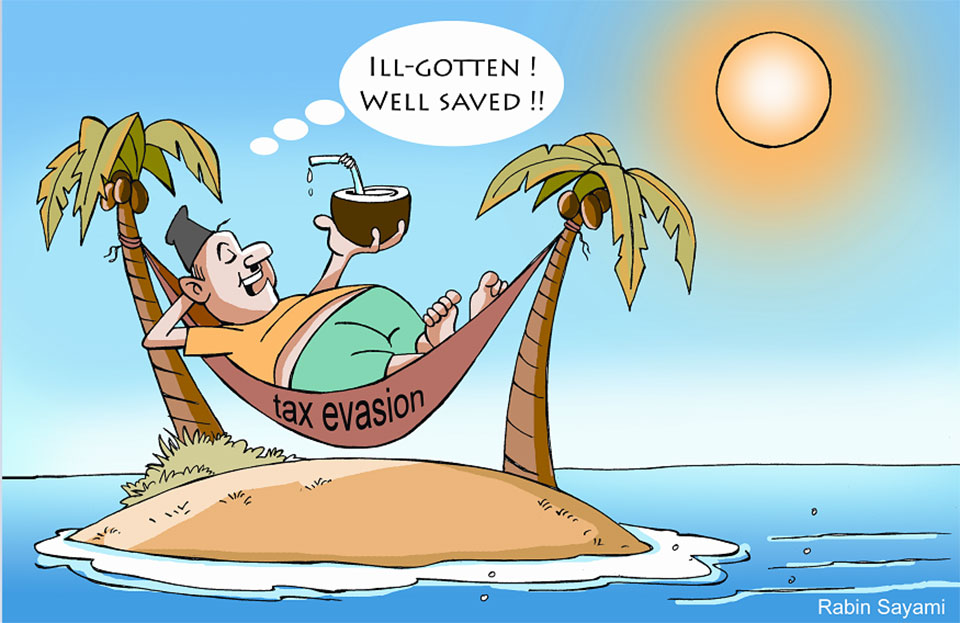 KATHMANDU, Jan 17: Nepalis are found to have stashed a total of 460.82 million Swiss francs (nearly Rs 52.07 billion at the current exchange rate) in various banks in Switzerland in 2017, according to a revelation by Nepal Leaks. The interest accumulated on that total stands at 6.97 million Swiss francs (Rs 774.11 million), the report estimates. The report reveals that Minu Shah, a Nepali national, along with her two sons, has the highest amount deposited in Swiss banks. According to the report, they deposited $23.55 million (Rs 2.61 billion)  in 2006/2007. The report has not disclosed the names of all the Nepalis who have deposits in Swiss banks.  Nepal Leaks also says that the savings of Nepalis in Swiss banks started to see a steady rise after 2007, following the end of the Maoist armed insurgency.

Though Nepali authorities say that they will investigate the deposits of Nepalis in Swiss banks and work toward bringing back the money, there has not been any substantial initiative by the government so far in that direction. Back in 2015, when it was disclosed in an ICIJ report that some Nepalis had made investments abroad, Nepal Rastra Bank (NRB) had written to the Department of Revenue Investigation (DRI) to investigate possible tax evasion for transferring money abroad. The Department of Money Laundering Investigation (DMLI) had also said that it would launch investigations. However, the authorities have not made public any progress in the investigations, if any. Many observers say that it is difficult if not impossible for countries like Nepal to secure details of Nepali account holders in Swiss banks and establish their real identities. Furthermore, Nepal does not have any agreement with Switzerland on sharing financial intelligence between the central banks of the two countries.

Kathmandu Jan 16: A year-long investigation conducted by a Centre for Investigative Journalism (CIJ) team in collaboration with the International... Read More...

Sumargi among 55 Nepalis with investment abroad
3 years ago