More funds depend on progress in project performance: ADB official 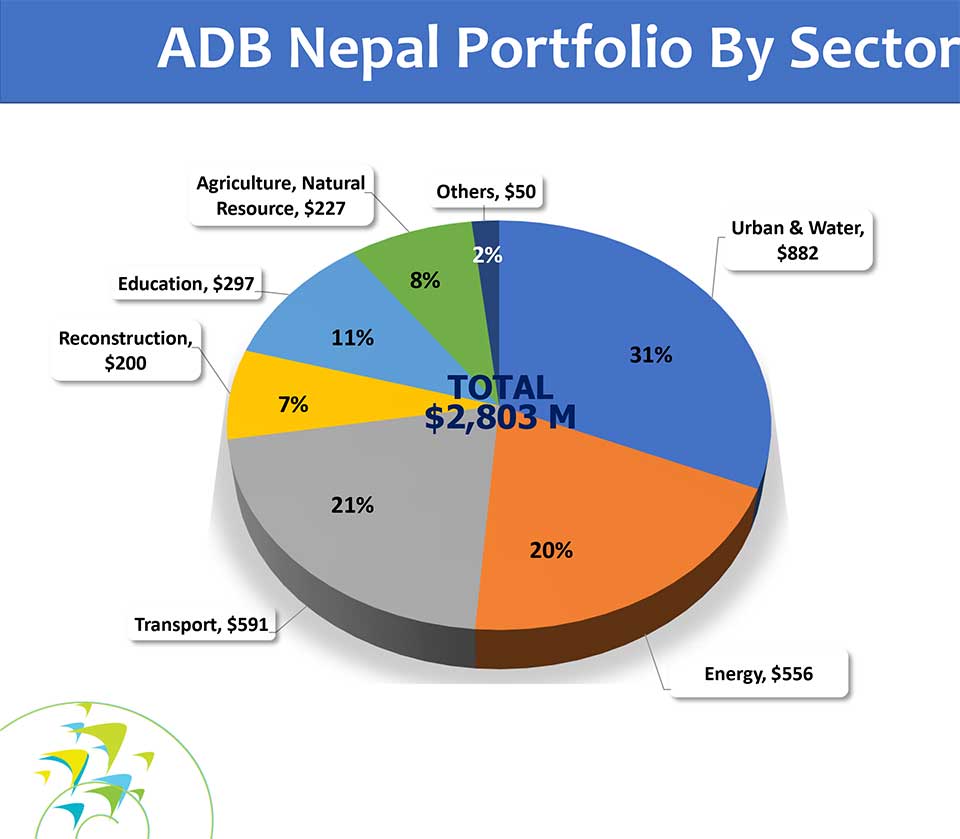 KATHMANDU, Nov 24: A senior official of the Asian Development Bank (ADB) has said that improvement in project implementation performance is key to Nepal for getting more funds for development.

Speaking at the opening of the annual Tripartite Portfolio Review of ADB operations in Nepal, ADB Deputy Director General for South Asia, Diwesh Sharan, has urged the government to increase its performance of projects supported by the ADB.

“ADB has increased the annual lending level to Nepal from about $254 million a year on average during 2014-2016 to an annual average of $551 million in 2017-2018,” said Sharan. “Improved portfolio performance will help the country to sustain and further tap opportunities of increased lending space provided by ADB.”

The statement of the ADB’s senior official comes in the wake of weak progress of projects financed by the Manila-based multilateral regional development bank.

After recording the highest disbursement and contract awards in 2016 and 2017, the overall performance of ADB operations in Nepal has been lagging behind in 2018, according to the ADB.

Government officials, however, say that the ongoing federalism implementation process has also hampered the progress of various projects.

He also urged project staff to examine the implementation constraints, expedite the procurement process, and submit disbursement requests to ADB within the agreed deadline to achieve the projected 2018 targets.

“We will continue to tackle the systemic constraints as well as project-specific problems with strong partnership with the government,” said Mukhtor Khamudkhanov, ADB’s Country Director for Nepal.

“With these efforts, and with major contracts to be awarded in December 2018, we are hopeful that the annual contract awards and disbursements will substantially increase.”

However, Khamudkhanov said that construction works of major projects, such as Gautam Buddha International Airport Project, have been expedited after delays, and the reconstruction of schools under the ADB-supported Earthquake Emergency Assistance Project is nearing completion.

FinMin Sharma for improving partnership with ADB to increase exports

Expansion of financial access a must for economic development in Province-1: NRB study
38 minutes ago

EU, UNFPA announce to continue their collaboration to combat GBV in Nepal as their two-year project concludes
40 minutes ago