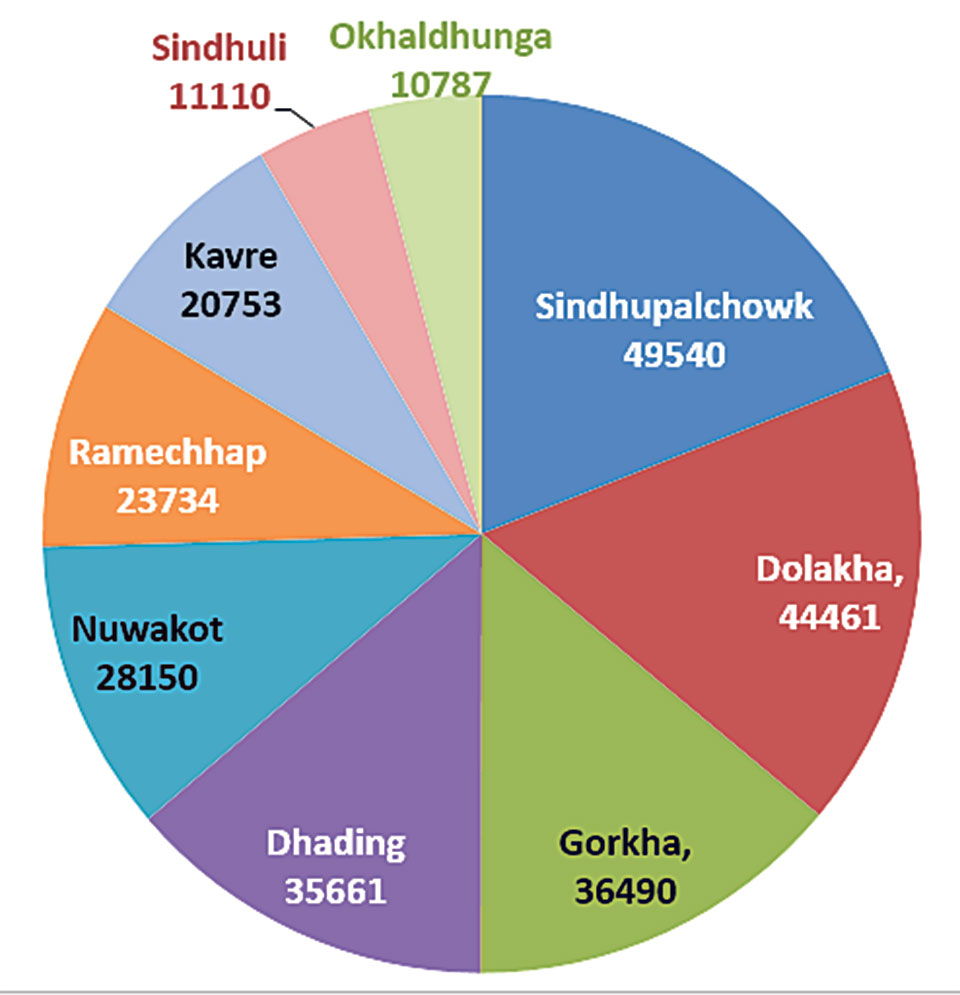 KATHMANDU, Sept 29: As many as 296,514 houses (53 percent) of the total 555,612 houses damaged by the 2015 mega earthquake have been reconstructed so far. According to the data maintained by the information system of the National Reconstruction Authority (NRA), the reconstruction of the remaining 259, 098 houses is underway.

Since the data doesn’t include the information on the reconstruction of houses in the 18 districts that were less affected, the NRA has estimated that about 350,000 houses in total have been reconstructed.

NRA Spokesperson Pitamber Ghimire said that the responsibility given to the local units and the technical support by the senior engineers will help in the timely completion of the reconstruction works. “We need the support of the beneficiaries, local units and political parties for this,” he said.

BANEPA, Oct 28: The family of Maya Lama of Panauti-1, Manedovan has spent four monsoons and three winters under the... Read More...