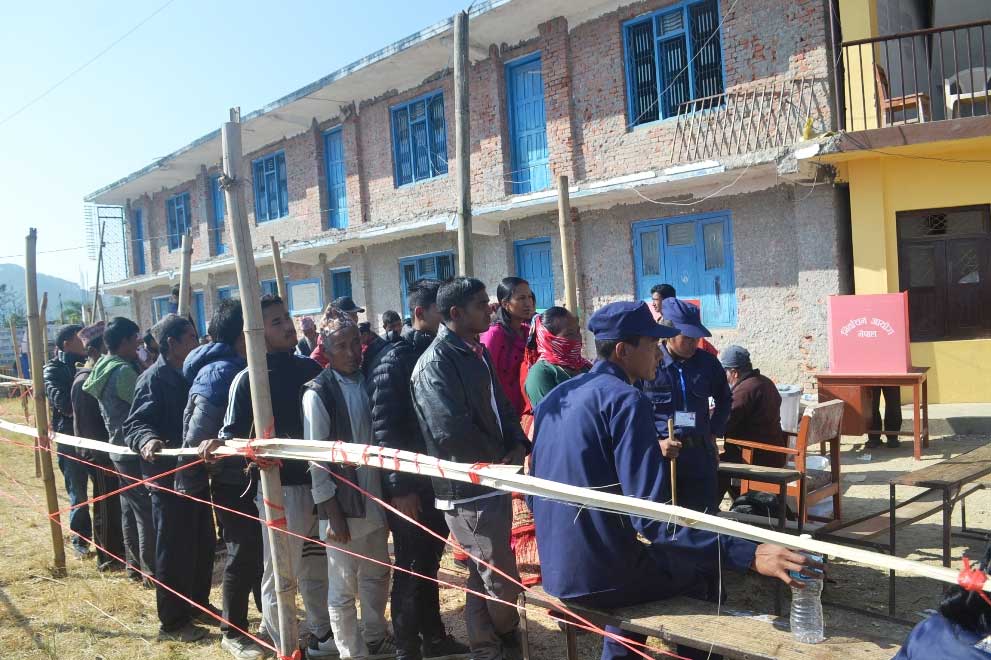 KATHMANDU, Nov 26: The voting that began at 7:00 am for the first phase of elections to the House of Representatives and Provincial assemblies in 32 districts was recorded at 50 per cent by 2:00 Pm.

in Okhaldhunga 65 per cent votes have been cast till 2:00 PM.

45 per cent votes have been cast till  2:00 PM today in Solukhumbu.

Fifty per cent votes have been cast till 12:00 pm today in Rasuwa.

5- per cent votes cast in Manang till 2: pm. Voting at Nur-Fu rural municipality-3 of Manag had been completed. Of the 104 voters, 75 voted in the election, Ram Krishna Tamang, election officer said. The remaining 29 voters were away.

Around 50% of votes have been cast in Sindhupalchowk till 1:30 PM.

According to information shared by the Joint Election Operation Centre at the Election Commission, voting is taking place peacefully and enthusiastically in all the polling centres.

Altogether 702 candidates are in the fray for the positions of 37 members of central parliament and 74 members of provincial assemblies.