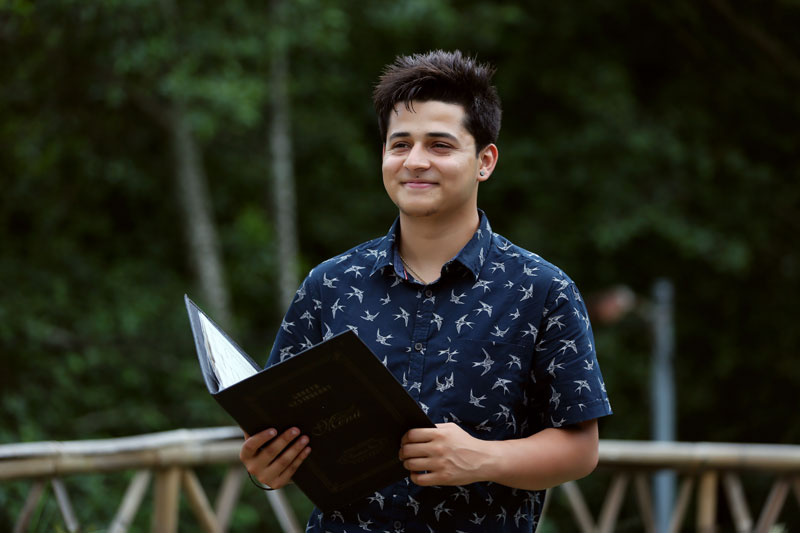 Aayush Rimal, 20, is an aspiring Nepali YouTuber who is currently living in Dallas, Texas, USA. He makes videos regarding happening situations and uses comedy to make a point. He has more than 60,000 subscribers in his channel. He has been making videos since 2013.
He shares with Prasuma Rawal of Republica five things about him that many may not know.

A student of film studies
Ever noticed the amazing effects Aayush uses for his videos? It is because he has been studying film making and is dedicated to become a director someday. He says that YouTube acts as a platform for him to share his ideas, try new things, learn videography and increase his editing skills. Making videos has inspired him to get into film making and it is also his source of pocket money.

Fond of traveling
He enjoys traveling to new places every day. His favorite place is Switzerland and believes that it’s heaven on earth. He has had amazing journeys and the wildest one was when he went to the Fossil Rim Wildlife Reserve last month. He nearly got attacked by an ostrich there. He likes exploring and traveling to take a break from his hectic schedule.

A party person
A predictable as it can be, Aayush has always been the heart of the parties and loves partying frequently. Apart from music and a good company, he loves talking to people at parties and finds hearing them chat really funny. He likes to meet new people and make friends. To him, every day is a celebration and he just needs a proper time or place to party.

Mom is his biggest support system
His mother has always been the biggest source of inspiration and support system to him. He believes that whatever he is and will ever be is because of his mother and dedicates his success to her. She always encourages him to go out of the box, experiment, upgrade his video qualities and achieve greater heights in life. Despite of the dynamic environment that the film industry has, his family encourages him to build a career based on film making.

Fears letting his fans down
As he has further plans to come back to Nepal after his studies, Aayush dreams to take the industry to the next level. But he sometimes fears the changing perceptions and tastes of people. His fans mean a lot to him and he worries that it is difficult to satisfy everyone or reach up to their expectations.

Alisha Rai is an aspiring film artist. She started her career at the age of 16 and has been featured... Read More...