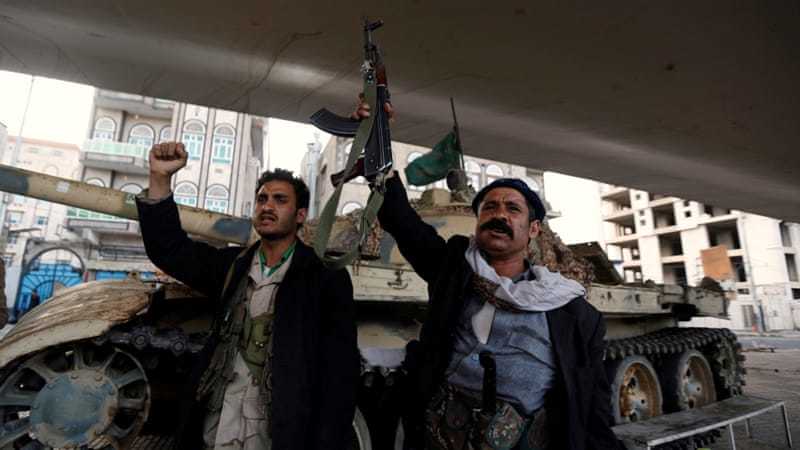 GENEVA, Sept 9: An attempt to hold peace talks for Yemen was abandoned on Saturday after three days of waiting for the Houthi movement’s delegation, but the United Nations envoy vowed to press ahead with diplomacy.

The U.N. is renewing efforts to end Yemen’s war under a peace plan that calls on the Iranian-aligned Houthis and the internationally recognized government, backed by Saudi Arabia and the United Arab Emirates, to work on a peace deal under a transitional governing body.

U.N. Special Envoy Martin Griffiths said the Houthis’ failure to come to Geneva for the first talks in three years did not signify that the peace process was deadlocked.

Griffiths, who held three days of talks with a Yemeni government delegation, said he would meet in coming days with the Houthi leadership in the Yemeni capital Sanaa and in Muscat, Oman.

“They would have liked to get here, we didn’t make conditions sufficiently correct to get them here,” Griffiths told a news conference, declining to elaborate.

Houthi leader Abdul Malik al-Houthi, whose forces control northern Yemen and the capital Sanaa, accused the Saudi-led coalition of blocking his movement’s delegation from traveling to the peace talks.

“We all know that the talks collapsed because of the obstruction of the national delegation from leaving and traveling to Geneva by the coalition forces,” he said in a speech broadcast on the group’s al-Masirah TV.

A Saudi-led military coalition intervened in Yemen’s war against the Houthis in 2015 with the aim of restoring the government of Abd-Rabbu Mansour Hadi. The humanitarian situation has worsened sharply since, putting 8.4 million people on the brink of starvation and ravaging the already weak economy.

The Houthi group said they had wanted guarantees from the United Nations that their plane, supplied by Oman, would not have to stop in Djibouti for inspection by the Saudi-led coalition, after being “sequestrated” there last time for months by the Saudi-led military coalition. They also wanted the plane to evacuate some of their wounded to Oman or Europe.

The coalition have controlled Yemen’s airspace since 2015.

Griffiths said on Saturday that the restart of a peace process was “a very delicate, fragile moment”.

“People are coming at a time when perhaps all of their constituencies are not fully engaged and don’t see ahead of time results that will come out of talks,” he said.

“So I don’t take this as a fundamental blockage in the process.”

Confidence-building measures such as prisoner releases, increasing humanitarian access, especially to the city of Taiz, and reopening Sanaa airport were discussed with the government, he said.

Agreement has been reached for medical evacuations from Sanaa, to start in a week with a flight to Cairo, he said, calling it an “early achievement”.

Yemeni Foreign Minister Khaled al-Yamani, who led the government delegation, accused the Houthis of being “totally irresponsible” and of “trying to sabotage the negotiations”.

“If they were sincere in reaching peace, they should have come, even if we were meeting in separate rooms,” he told a separate news conference before leaving the Swiss city.

Yamani also strongly criticized Griffiths, who took over as mediator in February.

“We want the U.N. to be firmer in bringing the other party to the negotiations,” he said.

Anwar Gargash, Minister of State for Foreign Affairs for the United Arab Emirates, a key member of the Saudi-led coalition of Sunni Arab states, tweeted: “Despite the serious setback in Geneva the way forward is still a political solution. What is perhaps clearer now to the international community is the unwillingness of the Houthis to engage in good faith with such a process.”

Manufacturing plants in Lumbini operating at less than half of their capacity: NRB
23 hours ago
Minister assaults party leaders and cadres
6 hours ago