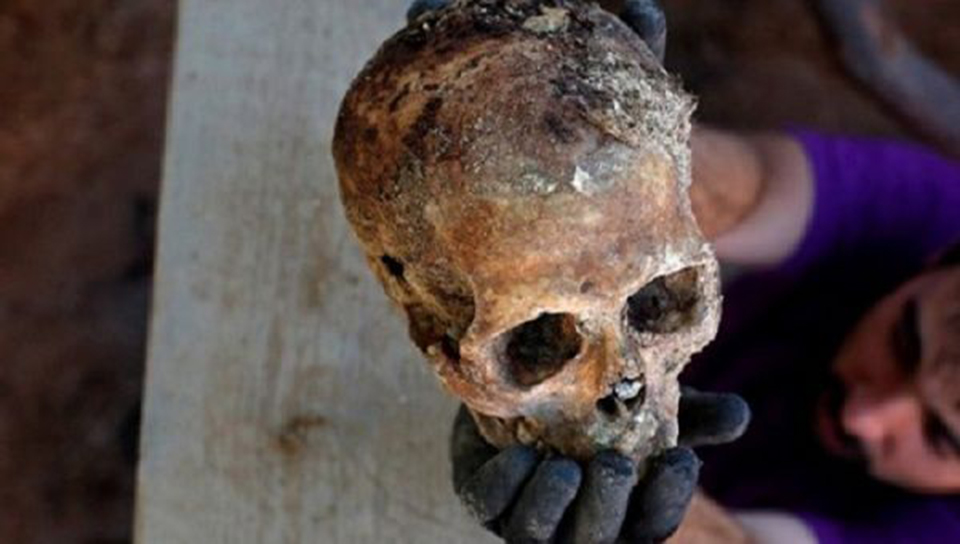 CARACAS, Aug 29: So far 100 bodies have been pulled from Sri Lanka’s second largest mass grave in Mannar, believed to be remnants of the country’s recent civil war, archaeologists say.

“We have found 101 people and already moved 96 individual skeletons from the trench,” said Raj Somadeva, archaeologist and a forensic scientist at the University of Kelaniya.

A construction team stumbled upon Mannar mass grave while a team of workers was preparing the foundation of a new complex in May.

Though 50 percent of the grave has been excavated, archaeologists have been hard-pressed to identify the victims as, unlike other clandestine sites in neighboring cities where the bodies were neatly aligned, the skeletons were tossed haphazardly into the pit.

"The entire area can be divided into two parts. In one segment we have a proper cemetery. In the second part, you have a collection of human skeletons which have been deposited in an informal way," Somadeva said.

At least 10 adolescents have been identified and authorities have confirmed that the whole area will undergo forensic analysis to determine both the number of victims and cause of death.

Shards of pottery, porcelain, and metal- possibly jewelry- were also found in the grave.

Researchers say the site is likely from the country’s civil war which ended in 2009. Some 20,000 people were reported missing during the nearly 30-year-conflict, said the Office of Missing Persons (OMP), which is funding the project.

OMP chairman Saliya Pieris asserted that her office has an obligation to the relatives of those disappeared persons to do their utmost to bring closure to those families.

The United Nations estimates that somewhere between 80,000 to 100,000 were killed during the civil war, at least half of whom were slaughtered in the final weeks of the conflict between the state and guerrilla armed forces from the Tamil group.

The military has completely rejected any perceived connections to the Mannar grave.

Army spokesman Brig Sumith Atapattu said, “Definitely there is no link between this grave and the army." No one has accused the army so far.

However, human rights organizations say there could be dozens of similar graves across the country. In the past six years, multiple grave sites have unearthed the remains of over 200 victims.

KATHMANDU, Sept 27: Nepal has registered its third win in the 46th Asian U-18 School Championship underway in India. ... Read More...

EXPLAINER: What’s known about ‘stealth’ version of omicron?
19 hours ago