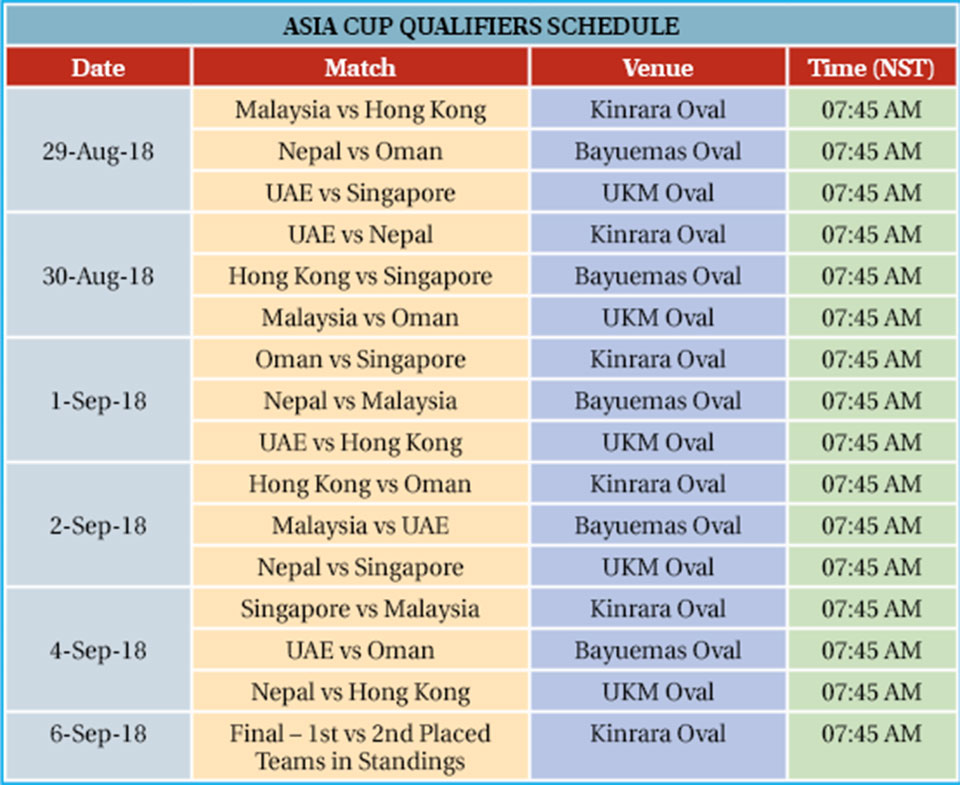 KATHMANDU, July 28: The qualifying event for Asia Cup 2018 has been shifted to Malaysia, where top six Asian associate nations will compete to earn a spot in the forthcoming marquee Asian cricket event in September. The Asian Cricket Council (ACC) revealed the change in venue, from India to Malaysia, through their official twitter handle and website on Friday.

The winner of the qualifiers will be pitted with world cricket heavyweights and finalists of ICC Champions Trophy -- India and Pakistan -- in Group A of the main round. Group A will consist of India, Pakistan and the qualified associate nation, while Group B will include Sri Lanka, Bangladesh and Afghanistan.

Similarly, the winner of the qualifiers will also qualify to play in the ACC Emerging Nations Asia Cup, likely to be played in December this year, jointly hosted by Pakistan and Sri Lanka.

The final of the qualifiers will be broadcasted live on Indian sports channel Star Sports network.

The schedule for the Asia Cup was confirmed to run from September 15 to 25 in the UAE. Test nations Bangladesh and Sri Lanka will take on each other to inaugurate the marquee Asian cricket championship at the Dubai International Cricket Stadium. Top two teams from each group will qualify for the Super 4 stage, where all the four sides will face each other once and the two teams with maximum points will play the final on September 28 in Dubai.