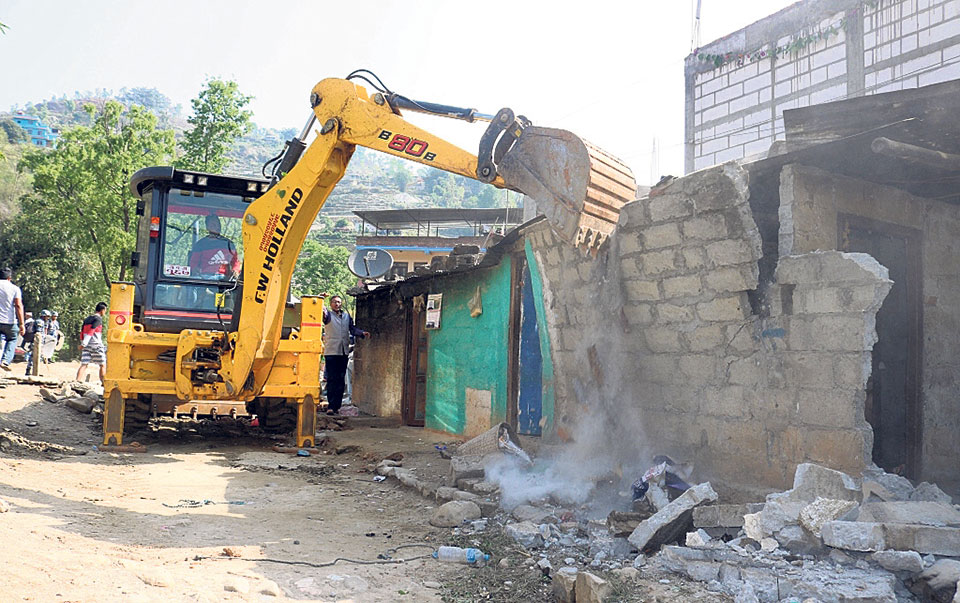 DHADING, April 24: Nilkantha Municipality has started demolishing the illegal structures built by encroaching upon public land in the municipality.

The campaign to demolish the illegal structures has been started from ward no.3 of the municipality. Houses and buildings built by encroaching upon public land and river banks are being bulldozed under the campaign. As promised during the elections, local representatives said they want to develop this municipality as a smart city in the next few years.