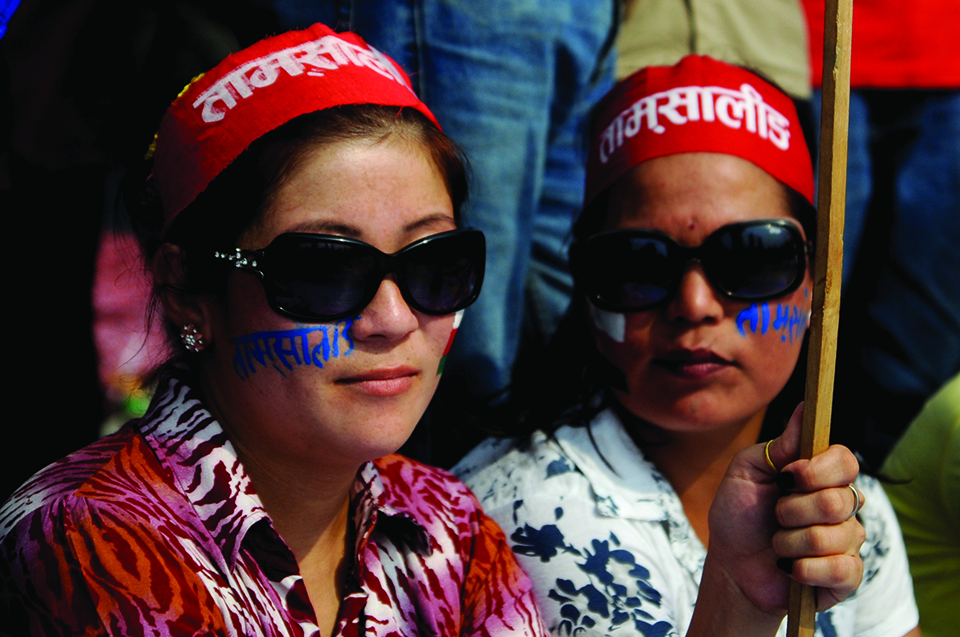 The author is a social activist
news@myrepublica.com

Nepal has only one decade of reservation policy but voices of resistance has started to be heard, mainly from dominant community

When the European Union Election Commission Mission released its electoral report of provincial and parliamentary polls last month, many reacted to it. Ministry of Foreign Affairs released a press note condemning the report. It termed the report’s recommendations a direct challenge to provisions of ‘inclusive’ constitution promulgated by sovereign people. They took the identity issue for granted.

Identity quest has emerged as a burning social issue for the last couple of  years though it was subdued during the Panchayat rule. The contemporary ruling class, the government led by king Mahendra, was not liberal to diverse identities. Rather he tried to control the heterogeneity of society through homogenization campaign. This resulted in people adopting inferior complex and gradually identity holders of different groups tried to hide and change their original identities. The state established ideology of ruling class as a dominant identity.

The policy of disqualifying other identities, however, goes back to beginning of the Rana regime. Thus it is not a new phenomenon.

When dominant identity becomes a source of victimization of the marginalized groups, naturally there arises a resistance. This has happened in Nepal too. One of the major issues yet to be addressed by Nepal’s democratic and left movement is caste-based and identity-based discrimination. People across the country had a strong belief that this problem would be solved after restoration of democracy in 1990. This did not happen. The political parties deceived the subaltern groups.  Even today subaltern issues have not become focal point of political parties, though the country has become a federal democratic republic.

Basic idea behind reservation is that whoever is historically exploited on the basis of class, caste, race, gender, region and other forms of oppression must be empowered and brought to mainstream policy making level in state organs. Reservation is meant for creating a space for underprivileged and subaltern groups in political, bureaucratic and other public spheres.

In Nepal, reservation system was introduced when Interim Constitution was promulgated in 2007. This was meant to compensate for historic exclusion of marginalized communities so as to create an inclusive and equitable society.

India has adopted and applied this reservation policy for Dalits, women and marginalized groups for the last 60 years. But in the recent times, there is a debate on whether this policy should be continued or stopped. Some of the socially privileged class protested and demonstrated against reservation. Hardik Patel led the movement against reservation in Gujrat.

Nepal has the history of only one decade of reservation policy, but voices of resistance have started to be heard. Those to do so are mainly from dominant community.

When the marginalized people started getting some space in state organs, Khas-Arya, a previously dominant community, started to speak against it. This started after the demise of first Constituent Assembly where marginalized groups had secured some seats on the basis of identity. Khas Aryas started claiming that they are also indigenous people and claimed reservation or opposed the system. This is indeed opportunism.

When second Constituent Assembly promulgated the constitution it reduced 50 percent reservation to 10. The same leadership and lawmakers are leading provincial and central parliaments. No wonder present leadership is unfriendly towards reservation policy.

In this situation how can Nepal condemn when some foreign bodies remind us of Nepal’s duty towards protecting rights of marginalized communities? If it was something like blockade the opposition would have been justified. EU report is simply a suggestion and the government is free to heed or ignore it.

When KP Oli was being appointed PM in February, Jangi Adda of Nepal Army wrote a letter to Nepal Tamang Ghedung not to celebrate Sonam Lhosar at Tundikhel. Tamangs complied and changed the location of carnival to Tinkune ground. Even after having secular constitution, many Tamangs have been prosecuted on charge of eating beef. In Bijaypur, Chaudandi when they raised voice asking not to destroy historic place of Limbuwan, and stop deforestation in the name of development, police came into action. Was that a crime?

When Ganesh Lama was arrested his father was not allowed give statement in mother tongue though our constitution has recognized every language as national language.

Last month Prime Minister K P Oli spoke against reservation policy. He also spoke against the EU in public.  Actually the EU report has suggested that those who are discriminated should be benefitted from proportional representation and reservation.

There are more problems in the mindset of government and present leaders than that of the EU report. Reservation and proportional representation system is meant for the oppressed, not the privileged Khas-Arya.  When we internalize this fact, we will become more receptive towards positive suggestions.