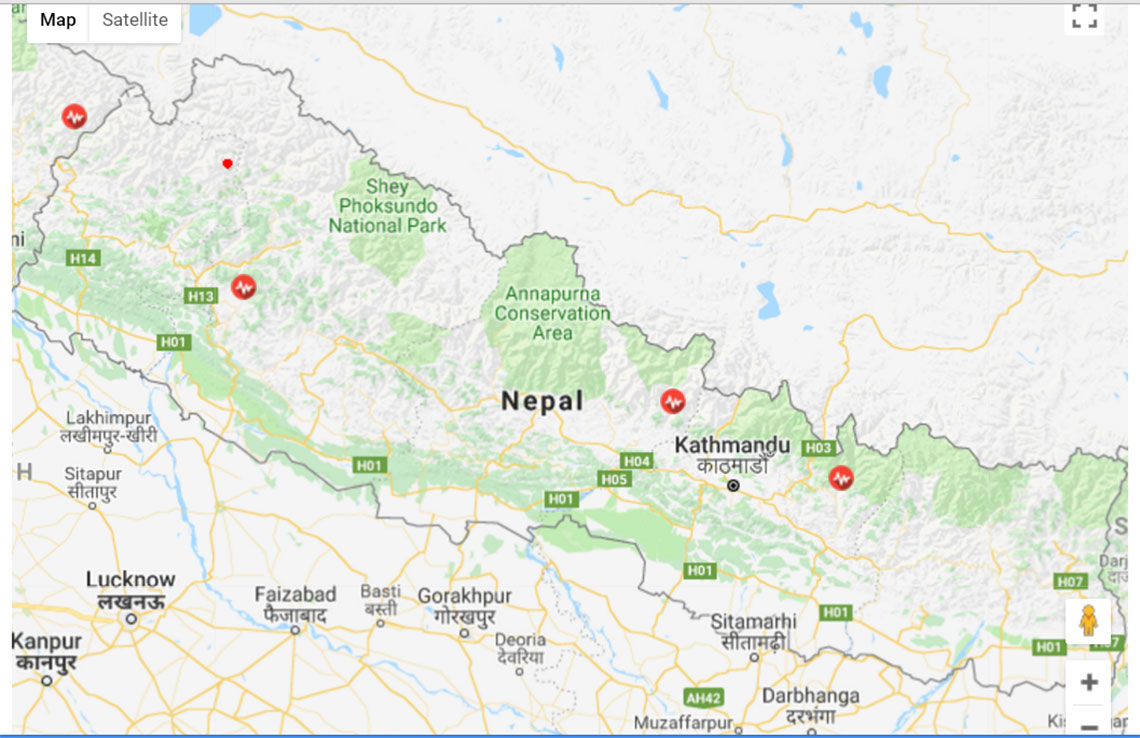 KATHMANDU, Jun 5: An earthquake measuring 4.9 on the Richter scale has hit the far-western Nepal on Tuesday morning.

According to National Seismological Center, Lainchaur, Kathmandu, the tremor was recorded at 7:19 am (local time) with Bajura epicenter. However, no damages have been reported so far.

“This is a normal tremor caused by Indian and Tibetan plates which are constantly pushing each other with points lying just below our Himalayan Range,” said Chintan Timsina, a seismologist at the NSC, Lainchaur, adding, “The Indian plate is pushing five centimeter against the Tibetan place every year.”

Earlier, on June 1, a 4.3-magnitude earthquake shook the central region of Nepal with its epicenter in Dolakha. According to Timsina, it was an aftershock of the Gorkha earthquake that devastated Nepal on April 25, 2015.

TEGUCIGALPA, Jan 10: A magnitude 7.6 earthquake struck in the Caribbean Sea between the coast of Honduras and the Cayman... Read More...