SBI to invest INR 80 billion in hydropower project of Nepal 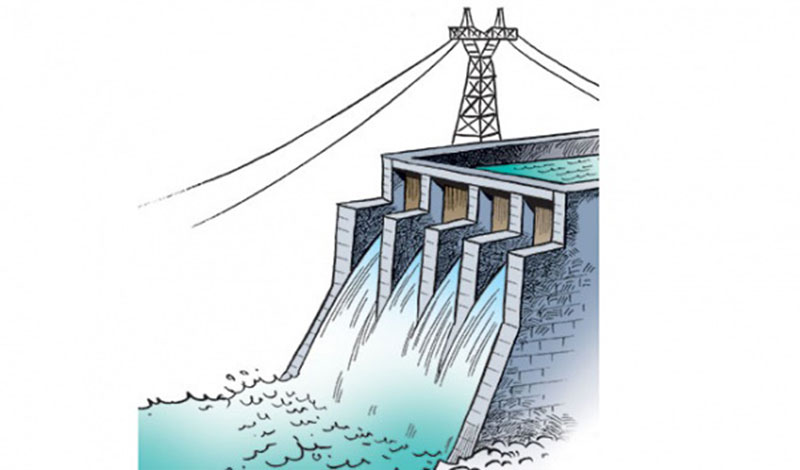 NEW DELHI, April 9: The State Bank of India (SBI) will be investing a total of INR 80 billion in the Arun III hydropower project of Nepal, which has 900 megawatts (MW) electricity production capacities.

The SJVN, which has been awarded with the construction of the mega power project of Nepal, has made an informal agreement with the SBI to acquire the investment as loan and soon will make the formal agreement, sources informed ANI.

“The Director Committee Meeting of the bank is due to make the recommendation. They soon will decide over. As of now they have decided over the loan extend and the interest rate over it has been finalized,” the source informed with anonymity.

“The 1.4 trillion rupees over the project will be expended for the construction of the structures and additional 11 billion rupees for the transmission lines,” the source briefed.

With the completion of the project, Nepal will get 21.9 percent of the total electricity produced in a year i.e., 197 MW electricity with 86 crore unit for free in a year.

Along with this, the Punjab National Bank will lend the loan for the construction of the 268 km long 400 KV transmission line via the Everest Bank which is the joint venture bank of the PNB.

The source also informed that the 4.06 billion rupees for the project will be lent from the Nepali banks as Bridge loan without further details over the banks.

With the finalisation of the investment and preliminary frame work prepared the Investment Board of Nepal will soon issue the license for the project.

The Indian Government on the other hand has made the approval of 92 billion rupees that is to be invested by SJVN. With this the SJVN will invest 25 billion of its own for the mega-project and will take the charge for 25 years excluding the time for the construction of infra.

The further division of the project has been made with the granting of two separate packages to two Indian companies. Under the Package One, the Jay Prakash Associates (JP) Limited of India has been awarded with the construction of the Dam and diversion with an estimated cost of about 18 billion rupees.

The Second Package of constructing the power station is awarded to Patel Engineering Company Ltd. with the contract amounting 18 billion rupees which includes the 8 km long tunnel in addition.

The mega project is targeted to be completed by 2022’s September.

DOLAKHA, April 23: The contractor of Upper Tamakoshi Hydropower Project is beginning the installation of penstock pipes in the lower... Read More...