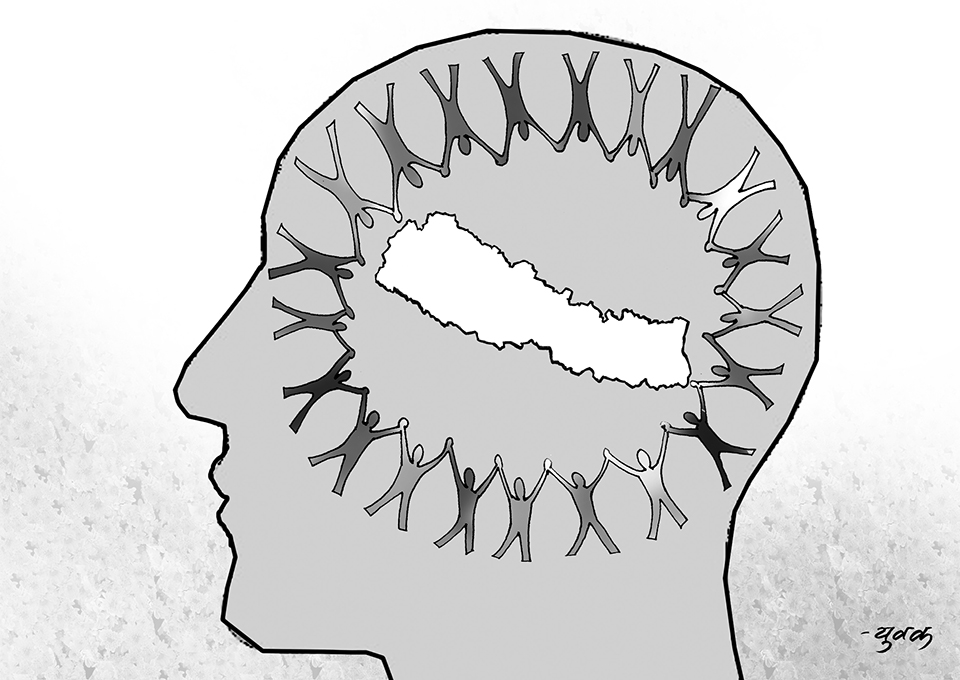 National Security Adviser (NSA) is not merely an appointment, a post or an assignment. It is an institution backed up by a couple of forces that persist in socio-economic and politico domain in the country. NSA should be capable of grasping different fabrics in a society that strengthens its unity to support the national security system that demands distinct quality, trait and profession to discharge highly responsible job that demands an excellent level of intellectual capacity and vision.

Basically, the NSA is accountable to the prime minister, but he should be trusted not only by security forces but also as the center of aspiration for all elements of national power that include intellectuals, political, economic, informational and military actors to achieve national security objectives.

To back up NSA, we have National Security Council Secretariat which is more like a defense council secretariat in Nepal. There are security personnel deputed by the Nepal Army, Nepal Police, Nepal Armed Police and National Investigation Department (NID), but none of the experts from other ministries and intellectuals as advisers seem to be providing worth mentioning input to the secretariat.

Security demands a high level of research. There are no research institutions other than professional colleges run by Nepal Army, Nepal Police and Nepal Armed Police Force.

Given the current scenario, a NSA picked based on political affiliation won’t be able to fulfill the most challenging job of the day. With the adoption of federalism, national security has become more challenging.  Besides, Nepal’s geopolitics is very sensitive in South Asia.

Indo-China rivalry has always been critical in formulation and implementation of Nepal’s security and foreign policy. In this context, Prime Minister KP Sharma Oli should select as NSA an independent and neutral professional who is not only advising him, but also capable of training,  researching and developing National Security Council Secretariat to support entire security elements. For this, an academic excellence alone won’t be sufficient to make national security perception more stable and people-oriented. Immature and poorly structured society with multi-ethnic character generally lacks cohesiveness. We need a professional to fill these gaps and build social harmony.

Government of Nepal does not have clearly defined core values. Nepal Army still does not have its military doctrine to deter, if forced upon to fight long enough to draw international attention and solve the dispute diplomatically. The new NSA will have to finalize ‘National Security Strategy’ that addresses the needs of provincial to federal governments including all elements of national power.

Nepal remained under the autocratic set up for quite a long time. Nepal Army was always in the center of power. Thus a harmonious civil-military relation is important for Nepal due to its sensitive geopolitical location, poor economic condition and diverse social structure.

Inclusiveness in Nepal Army as well as in the state apparatus had become a hot cake in the transitional period after a decade-long Maoist insurgency and during the Madhes uprising in Nepal. The new NSA need to include all these aspects while designing the framework for new ‘National Security Strategy.’

Because of its multi-dimensional character, security is not only a matter of an academic discourse. Professionalism, honesty, loyalty and dedication are integral to it. That is why in most countries former security professionals occupy this advisory post with pride as recognition of their selfless service to the motherland. In addition, it needs a thorough study on nation’s military role, need of civil supremacy, national security, power politics and various aspects of governance.

Nepal lies in sensitive geopolitical location but our security agencies are traditional. Nepal Army is not only the oldest institution but also a credible element of national power with cordial relations with security forces in neighboring countries. The new NSA has to balance this relation in the wake of Indo-Nepal Friendship Treaty 1950 and Nepal-Britain-India Tripartite Treaty on Gorkha Recruitments in 1947.

In the recent Doklam incident, India had deployed Gorkha Regiments against China. This should be the concern of the NSA in order to thrash out new policy in this regard. The day to day border encroachment and old cases like Susta and Kalapani occupation by India are likely to be hard nut to crack for new NSA in the days to come. National security is a very crucial issue for an independent sovereign country. Formulation of national security policy should be given due importance in the changed political context.

The author is a security and strategy analyst