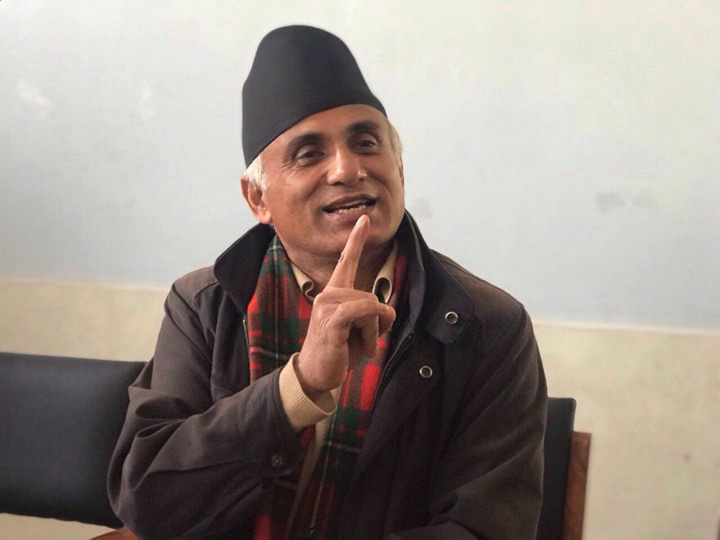 KATHMANDU, March 18: Crusader for medical education reforms Dr Govinda KC has issued a month-long ultimatum to the government to approve the Medical Education Ordinance from parliament.

"Our struggle for reforms in medical education sector will continue. So I urge the government to approve the Medical Education Ordinance by April 13," Dr KC said.

Dr KC started his 13th fast-unto-death from October 5, 2017, demanding to bring the Medical Education Act as per the spirit of the recommendation of the Mathema Committee. Dr KC postponed the strike on October 18 after an agreement with the government, which approved the Medical Education Ordinance.

"Karki, former chief of anti-graft body is gone and CJ Parajuli has quit. But corruption in the country is yet to be curbed," said Dr KC, appreciating the initiatives of several Supreme Court justices to remove CJ Parajuli.

Dr KC has also urged the government to publish the report submitted by the panel of Gauri Bahadur Karki and take necessary action against 43 officials of TU, Kathmandu University and experts as per the recommendation of the report. The Medical Education Probe Commission (MEPC) headed by Karki, former chairman of Special Court, included Dr Upendra Devkota and Surya Prasad Gautam, joint-secretary of the Ministry of Education, as members.

MEPC was formed in April last year to investigate into controversies related to medical education had submitted its report to the then Prime Minister Sher Bahadur Deuba on February 4 recommending action against 43 officials including TU VC Khaniya, TU Rector Sudha Tripathi and TU Registrar Dilli Ram Uprety. Khaniya, Tripathi and Uprety were appointed to the posts on the quotas of Nepali Congress, Maoist Center and UML respectively.

The report has recommended that Khaniya, Tripathi, and TU's legal advisor Narayan Khanal be sacked immediately by declaring them ineligible for future employment.