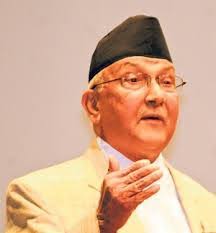 KATHMANDU, March 18: Prime Minister KP Sharma Oli on Saturday warned of taking action against civil servants if they refuse to go to the designated offices or remain unsupportive to the government.

In a meeting with the representatives of civil servants, PM Oli said the government won't tolerate any non-cooperation from the civil servants in the federal set up and warned to take action against 'defiant civil servants'. Stating that the government has already faced a shortage of experienced bureaucrats in vital institutions, PM Oli indicated to refuse voluntary retirement.

"We have already experienced the lack of experienced civil servants. So, voluntary retirement is not a solution," Punya Prasad Dhakal, president of the official trade union of civil servants, quoted the PM as saying, "All of you should support the government at this critical juncture of implementing federalism."

The Oli government plans to review the provision of voluntary retirement in the Act.
In a notice published in the Nepal Gazette on January 12, MoGA had asked public servants above fifty years of age to decide whether they want to continue with the service or retire with a handsome incentive. The ministry had given a 45-day deadline.

KATHMANDU, Feb 2: A writ petition was filed at the Supreme Court seeking its order to scrap the trade union rights... Read More...

KATHMANDU, Oct 10: Federation of Contractors Association of Nepal (FCAN) has demanded the government take action against the guilty in... Read More...