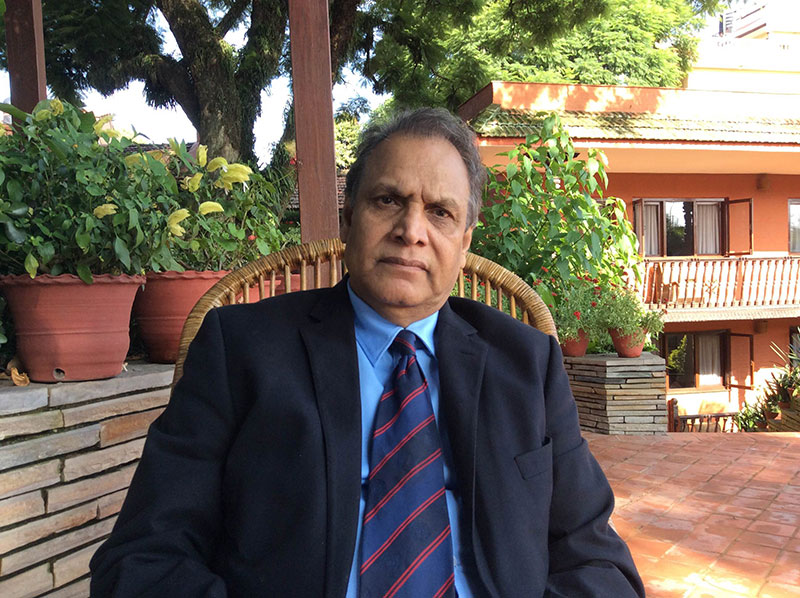 Sukhadeo Thorat, Professor Emeritus at Jawaharlal Nehru University since 2014, is the chairman of the Indian Council of Social Science Research. He also served as Director of Indian Institute of Dalit Studies. Republica’s Kamal Pariyar caught up with Thorat while he was in Kathmandu to participate in Darnal Award for Social Justice and other lectures.

How do you compare the situation of Dalits in Nepal to the situation of Dalits in other South Asian countries?
Dalits have problems in India, Pakistan, Bangladesh, Sri Lanka and Nepal. Dalit problem is closely related to Hindu caste system, which is based on the principle of inequality. It divides people, confers rights in an unequal manner and restricts change in occupation and social status. Thus the caste system is the root of all ills facing Dalits. Wherever there is caste system, there is the problem of untouchability.

Caste system was originally a Hindu-Indian construction. When Hindus travelled to Nepal, they brought this system along. It has now reached countries like Pakistan and Sri Lanka as well. Thus Dalit problem can be called a pan-Asian phenomenon.

Most Dalits in India and Nepal are Hindus. But Dalits in Bangladesh are Muslims. Likewise, majority of Dalits in Sri Lanka are Tamil and but there are some who have converted to Buddhism. The converted Dalits also face mild discrimination. Discrimination is a common problem among Dalits of South Asia.

What is the root cause of such discrimination?
Like I said, it is caste system. This system denies rights to Dalits. They have no right to property, education and business. They face residential segregation and physical and social isolation. So they become landless, capital-less, asset-less, illiterate and thus poor. They have to live in slave-like conditions. Dalits in Pakistan and Bangladesh do not face religious discrimination and untouchability by virtue of being Muslims. But there is social discrimination there. Social discrimination against Dalits is rife in Sri Lanka as well.

International agencies are accused of promoting religious conversion among Dalits. How do you see it?
I don’t think they force conversion. International organizations are working to address poverty, marginalization, women’s rights, and health, sanitation and nutrition issues among Dalit communities. This is because they fare poorly in human development index. They are poor and illiterate and lack civic, political and religious rights subjecting them to exploitation. Thus it is natural that international agencies focus on Dalits.
The problem of Dalits is much more severe in Nepal than in India and other South Asian countries.  Though caste system originated in India, the intensity of caste discrimination is much higher in Nepal because there has not been meaningful social movement against untouchability here. They are the victims of bonded labor and poverty. However, there is some hope amidst these sad realities.

What is that hope?
Civil society is raising Dalit issues more vigorously. Dalit women have become more conscious. Some of them occupy government posts without losing their independence and freedom. Unlike in India, civil society organization has been able to effect change. Many Dalits are also part of the communist movement. They are conscious of their rights. Another source of hope for Dalits in Nepal is the new constitution. There are limitations but your constitution is based on the principles of equality, justice and liberty not on the basis of principle of caste, unlike the past. Most of all, your constitution outlaws caste-based discrimination.

The constitution also has the provision for policies against discrimination and for economic and educational development of Dalits. So the government will be under pressure to pass Dalit-friendly laws and policies. The civil society and Dalit communities associated with communist parties can also exert pressure on the government. This is why I see hope for Dalits in Nepal.

How can Nepali Dalits, in your view, be more assertive?
Nepal had a law based on inequality. Now this constitution recognizes the principle of equality, of equal access, equal status and equal opportunities. Thus Dalit people, NGOs and leaders from political parties should cash in on these provisions and put pressure on the government to frame the right policies. As a result of the caste system, Dalits lack access in private enterprises, land and employment. They should demand more access on these fronts as well.

As regards political participation, Ambedkar in India had argued for a separate electorate, a reserved constituency where from Dalit candidates can contest the election and win. This is something Nepali Dalits should also ask for.

How did you find the state of research on Dalits in Nepal?
It is not satisfactory. There should be more research on Dalits in Nepal and government agencies should liberally fund a program to understand the problems of Dalits. Research should focus on discrimination, poverty, ownership of asset and human development that includes income, wealth, asset, education, malnutrition, housing, etc. Similarly, other important research can be done on economic sphere, and discrimination in political institution and government bodies.

Even if there are good policies for Dalits their implementation is dismal. Why does this happen?
Dr Ambedkar would say it is because there is lack of provisions to safeguard placement of Dalits in the executive and bureaucracy. He argued that two-third Dalit members of parliament should participate in any decision that affects Dalits. If Nepal follows a similar provision, it will help solve some problems.

Dalits in Nepal are disunited despite the common problems they face. How do you overcome this disunity?
This is a problem everywhere. It is so in India and the US as well. There are blacks in both Republican and Democratic parties. There are some parties of minorities. In India too there are parties of minorities. But there are black caucuses in the US which are united on black issues regardless of their political orientation. In India, we have Member of Parliament Forum for scheduled caste schedule tribe (SCST). They are united on vital issues concerning them. Perhaps Nepal can follow these examples.

If Dalits fail to unite, the high caste communities will take advantage. They need to remain organized and united despite their differing political affiliations. Dalits need to push their agendas themselves through unity. There is no other choice. Nobody will fight for them.