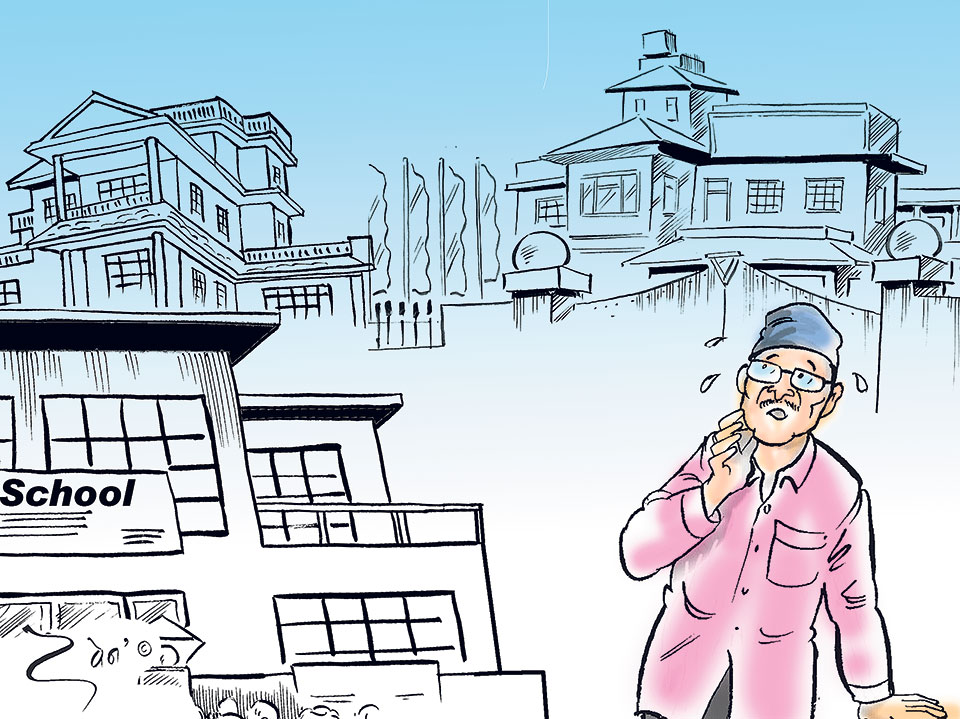 If the society has punished public institutions for their sluggishness, it will punish private colleges for the shallowness of the education they provide

When I finished high school in the early 1990s, I looked up to an older cousin as one possible role model. He had an “intermediate” degree and proudly taught at a primary school. Two decades later, when his son dropped out of college and went abroad to make money, along with many of his peers, I found it shocking that the new generation didn’t pursue more education than ours.
Years later, I learned that there is nothing surprising about new generations deciding to skip college or to get a different kind of education. While fewer students than in the past are going to college in some countries, in others, their proportions are changing by gender, class, region, and so on.

Students also move back and forth between the public and private sectors, which is the focus of this essay.

I remembered studying mobility and fluctuation of college demographics when I was reading a recent article in this paper which blithely declared the intellectual “death” of Tribhuvan University. I not only found the argument irresponsible for not acknowledging that there are many scholars across this national institution who contribute much publication to their fields and dedicate their lives to other forms of scholarship. I also found the article odd because it used evidences of “negative culture” (corruption, suppression of talent, charades) for creating a simplistic narrative.

Dangerous discourse
The argument of an intellectually dead university is part of a broader and more dangerous discourse that equates the public sector as unaccountable and sluggish by nature. The private, many pundits in that camp assume, is self-correcting and creative because of competition, etc. By that simplistic logic, the public sector does not reward innovation: all professors in it take their privilege for granted. The private, by contrast, does all the good stuff: that’s how it survives and thrives, by definition.

Such binary oppositions insult anyone in public education who “innovates” and “disrupts” at every chance. They also offend anyone in the private sector who is most inspired by public good (and not just money, money). Scholars are driven by complex ideals.

Public education often “proves” the above binary, no doubt. But if we look closer, the greatest problem lies in the grand narrative itself.

So, let me illustrate the problem of binary thinking with the case of how the private sector in Nepal has built itself largely upon the flimsy foundation of that binary (with more concrete solutions to follow in the next essay). My intention is to show how private colleges can and should start taking on deeper challenges, especially embracing the idea of education as a social cause.

Higher education’s major goal is to prepare the workforce that society needs, while advancing knowledge and serving or impacting the community. And we know that our public institutions haven’t excelled very much at these.

But private colleges are as responsible to translate the above vision into practice. Unfortunately, most of them have instead predominantly capitalized on the most visible and also the most superficial failure of public institutions.

They have made classes regular. They don’t let politics enter their campuses. They ensure that most students pass the exams. Wonderful. But, then, coaching centers also do all the above as well. So, are we to accept that private colleges are simply jumbo coaching centers?

The real gap
The real gap in public institutions is that too many of their professors are recruited and promoted without producing much new knowledge, seldom develop and use their specialization to enhance their teaching, and rarely mentor students or serve institutional mission beyond the classroom.
If private colleges want to fill that serious gap, they must at least develop a system of promotion and professional development for their instructors. They can’t just have “helmet lecturers” who give lectures (with no job security) and simply use internal assessment to prepare for external exams. They must give new teachers sufficient incentive to become researchers, public intellectuals, designers, problem-solvers, policy experts. They must redesign curriculum and develop pedagogies to help students learn by doing, discussing, researching, presenting, collaborating. They can’t just stick to 16th century idea of “lecture”, which meant “reading from the book”, because books were too expensive to print for each student! They can’t let writing be whatever students do in the sink-or-swim situation of the exam hall. They must mesh students’ professional development with academic success.

But, as the rhetoric of “death” implies, instead of translating these goals into substantive practice capable of guiding and changing society, public institutions have largely turned them into rituals and “charades”.

Furthermore, the private sector can rightly complain that scholars and leaders of public institutions have been both “shaman and witch” when it comes to making and enforcing national education policy.

However, if private institutions want to take students away from their public counterparts, increasingly for advanced degrees, they must start by meeting the same standards of quality education. Even within current constraints.

They must incentivize their professors to do research, and to use it for teaching and publication. If they want to make education intellectually substantive and socially meaningful, they must create vibrant learning cultures—not just lecture halls. Many have already started making progress in these directions and we must value the progress.

Beyond jugs and mugs
Most of our public and private colleges still seem to adopt the view of education as “content” to be transferred from jugs (teachers) to mugs (students). The Brazilian educational philosopher Paulo Freire has called this the “banking model”: one generation “deposits” its static knowledge and ideologies in the minds of the next. Freire urges educators to engage learners with society and become conscientious citizens.

Other than the easy kill of regular classes and high marks, most private colleges are yet to offer sufficient value for society. They can do this by finding ways to go beyond the banking model, which students could start running away from, if public institutions start making classes regular, limiting politics and fighting corruption by rewarding professionalism. In fact, this seems to have started happening. Public education is affordable, still has great prestige, and prepares students for future careers in the same (outdated) ways as private ones. So, private sector must add much new bang for the big buck.

Students may also gravitate toward international online degrees, including new kinds of certification. If high marks is the greatest outcome, while their education is too expensive, their biggest billboards in town will no longer convince students with “pass percentage”. Nor will the images of a few garlanded students (while the majority just have certificates without skills).
Society will increasingly ask “both” public and private sectors what their visions of education are, what social value their services provide, why students should go to them. Students have already asked public institutions with their feet. They will now ask the private with their purse as well.

No more double standards
A society like ours can’t afford to believe that higher tuition fees mean better education. Students won’t be attracted by expensive programs that are educationally hollow. The public will stop trusting university dropouts who try to run colleges like corporate managers.

Higher education needs substance that is shaped by forward-looking social vision—in both public and private sectors.

The public sector can no longer hide behind the fact that its cost to students is indirect and invisible (for it comes from public money). Nor can the private sector hide behind the weaknesses of public institutions, especially because the direct cost students pay makes them inaccessible for the less-than-rich majority of a developing nation.

If the society has punished public institutions for their sluggishness, it will punish private colleges for the shallowness of the education they provide. Neither side can thrive by using simplistic narratives that just blame the other.

QUETTA, Pakistan, Nov 15: Gunmen have shot and killed 15 men who were planning to cross into Iran on their way... Read More...

Landslides kill 8 in Pyuthan, 3 in Gorkha