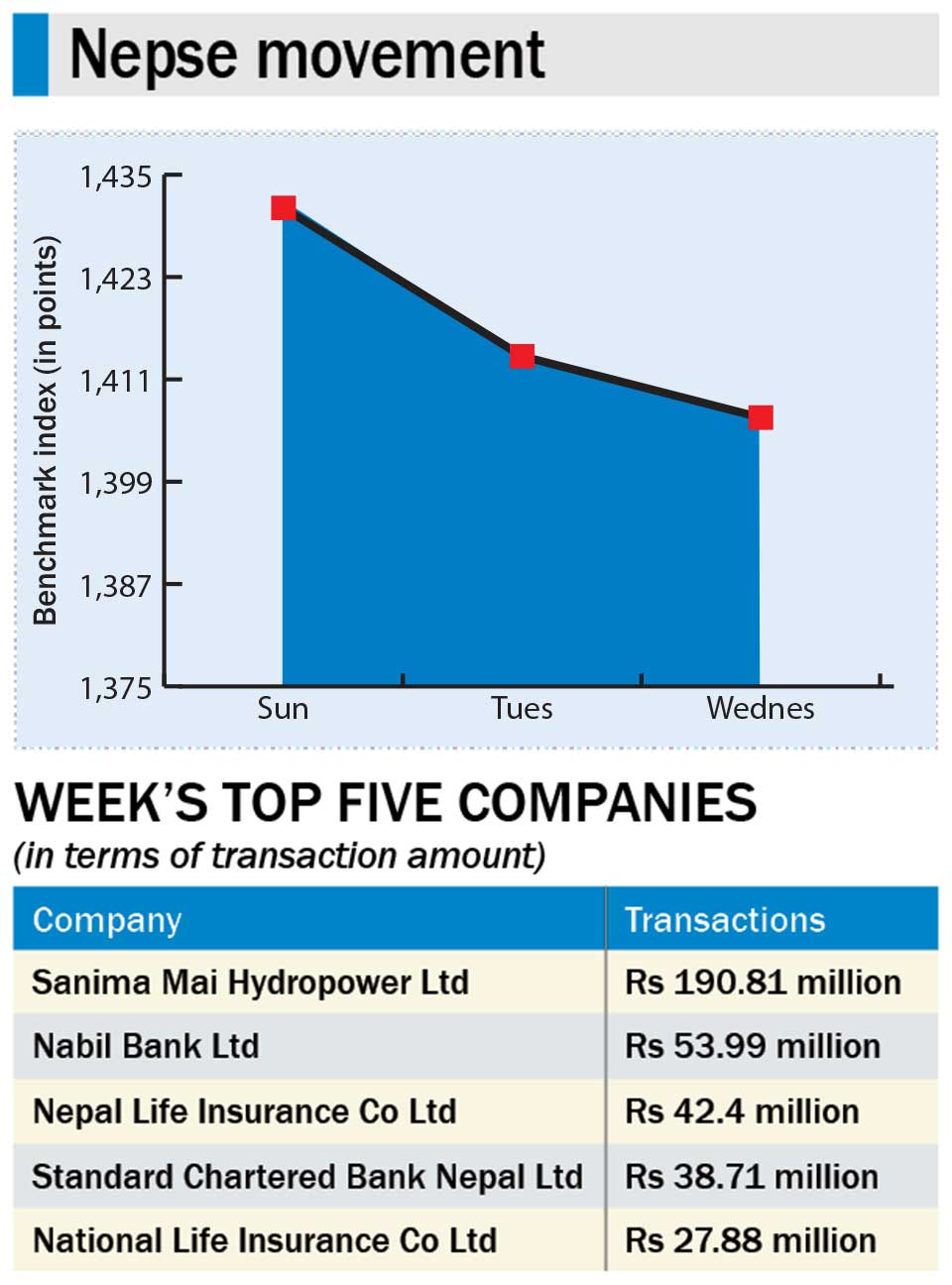 As there were two holidays in the week --  Maaghi festival on Monday and Sonam Lhosar on Thursday -- Nepse remained opened only for three trading days.

Analysts say that the rising interest rates of bank and financial institutions (BFIs) due to shortage of lendable fund have sent stocks downward. The market is now short of seven points to fall below 1,300 points -- first time since March last year. Though the stocks recovered to some extent in last three weeks, they started retreating again amid possibility of the crisis of lendable fund worsening instead of getting eased.

Rather than buying shares in the downward market, many investors are tempted to deposit their money in BFIs who are offering as high as 13 percent interest rates on fixed deposit.

While the rise in interest rates has driven down market, investors are also worried about the rising tensions across the country with the government decision to fix the 'temporary capitals' of seven provinces.

"Since there is political uncertainty surrounding the implementation of federalism, investors have become worried due to the tensions triggered by the decision of fixing temporary capital," said a broker. The broker also said that rise in the supply of shares due to listing of rights and bonus shares of many companies was the reason behind the market slowdown.

"While many companies have already announced dividend, investors have either sold what they held or are not buying new shares," the broker added.

A total of 2.46 million units of shares of 170 companies worth Rs 1.95 billion were traded in the market this week through 12,728 transactions. The turnover was 35.98 percent low than the last week.

Shortage of lendable funds is banks’ own affair: MoF

KATHMANDU, Jan 17: A committee formed by the Ministry of Finance (MoF) to recommend measures to address the shortage of lendable... Read More...

Bankers are panicked at the possibility of huge withdrawal of deposits from the system over the next few days for... Read More...