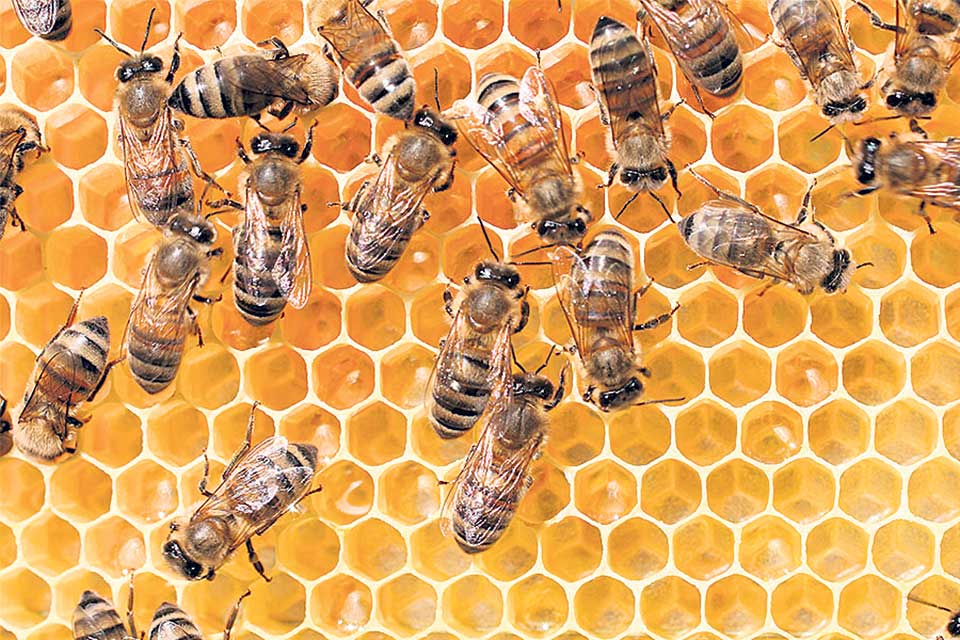 PARBAT, Jan 6: High use of pesticides in farms, especially vegetables that are the grazing area for bees, has significantly affected beekeeping businesses in the district.

As bees have started dying on their way back to the hives after grazing, the beekeepers have blamed excessive use of pesticides for the casualty.

Beekeeping in Dhairing village of Jaljala Rural Municipality is on the verge of extinction due to use of pesticides in the farms, the beekeepers have claimed.

Dhairing is traditionally a pocket area for beekeeping. In recent times, the business was becoming more commercialized.

Acharya added that houses that kept bee as a tradition in the past also do not have bees now. Locals of Dhairing have cultivated most of their vegetables for commercial purpose in recent times. Overuse of pesticides to increase the yield of vegetables has directly impacted the beekeeping business.

According to the locals, the village itself produced good quantity of honey in the past, but now honey is being imported from other places.

“Dhairing used to be the place where people made good income just from traditional beekeeping, but the situation has changed now,” said Acharya. “The vegetable farmers have aided a lot to the income of the locals, but it has come along with the hazard of pesticides.”

“We should have an alternative to the pesticides. Otherwise other sorts of problem than just the death of bees can arise,” added Acharya.

Salyan of Dhairing is the area with the highest vegetable production in the district. The vegetables produced here are exported to nearby markets of Beni bazaar of Myagdi, Baglung bazaar, Milan Chowk bazaar and Kushma.

“We need to conduct studies about the effects of high use of pesticides in the rural municipality,” said Yam Bahadur Malla, chief of Jaljala Rural Municipality. “Our committee will hold discussions about finding an alternative to pesticides in the vegetable farms of the village.”

Agitating IOM students stage sixth round of protest against Dean (Photo Feature)
51 minutes ago
If you want to seek your property share, go to Baluwatar: MP Agrahari
1 hour ago