33 dead in boat accident off Thai resort island, all Chinese 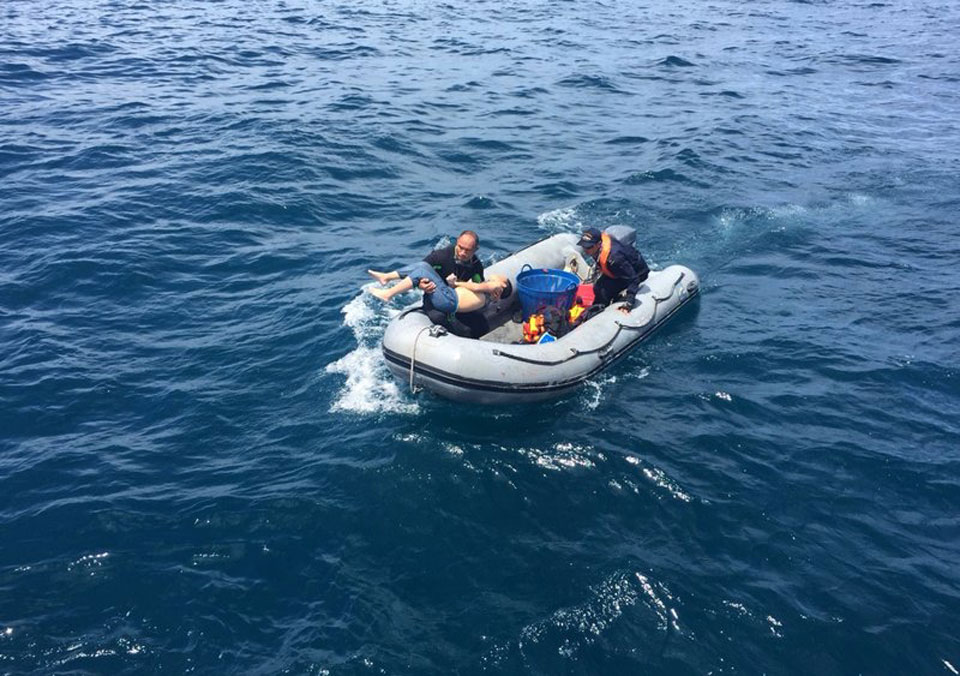 PHUKET, July 6: Thai authorities on Friday evening suspended the search for missing tourists who were on a boat that sank during a storm off the southern resort island of Phuket, as the death toll rose to 33, all of them Chinese nationals.

The search for another 23 people still missing will resume at 5 a.m. Saturday, said Prapan Khanprasang, chief of the Phuket Provincial Disaster Prevention and Mitigation Office.

The death toll jumped after the navy sent divers to enter the wreck of the tour boat, which capsized and sank Thursday evening when it was hit by 5-meter (16-foot) -high waves as it was carrying 105 people, including 93 tourists, 11 crew and one tour guide.

At least 12 of the injured were hospitalized.

Another boat also overturned off Phuket during the stormy conditions Thursday afternoon, but all 42 on board were rescued. One fisherman is still missing after being swept from a Thai fishing boat Thursday near Krabi province.

The accidents came as rescuers, also led by Thai navy divers, support 12 boys and their soccer coach stranded nearly two weeks inside a flooded cave in the country’s far north, and try to determine how and when to extract them.

Jin Yilin, consul-general of the Chinese Embassy in Thailand, said a delegation from the Chinese Foreign Ministry is on the way to Thailand.

“What is imperative is to search for the missing,” a statement from the embassy said Friday. “We ask the Thai side to mobilize all possible forces and waste no time in searching for the Chinese citizens that are still missing.”

Prime Minister Prayuth Chan-ocha, the leader of Thailand’s military government, expressed his “sympathies and deepest condolences” to the families of the dead.

The government will “exert all efforts to find those still missing and provide support to all survivors of this tragic event,” he said in a statement.

Images on Thursday showed rescued people in large rubber life rafts, with fishing boats and churning seas in the background. The survivors were shown being lifted from the rafts and sitting in life jackets amid ropes on the deck of what appears to be a fishing trawler.

As the seas calmed Friday, divers were transporting the bodies of the dead, including at least one child, from smaller boats to a larger ship taking part in the search effort.

Severe weather including heavy rain and winds were forecast until Tuesday. Phuket Gov. Norraphat Plodthong said officials would consider whether to ban boats from going to sea during strong winds.

Thursday’s storms had forced 12 boats with 263 passengers in all to stay docked at Racha island, a popular diving spot about an hour’s boat ride from Phuket.