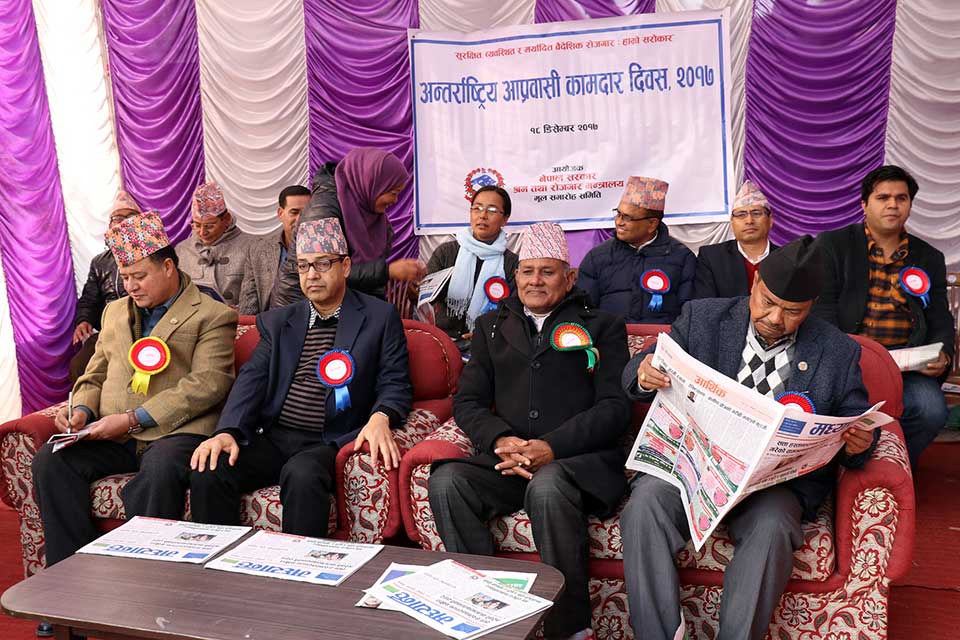 Kathmandu, Dec 18: The Ministry of Labour and Employment organised a rally here this morning to mark the International Migrants Day.

On the occasion, Minister for labour and Employment Farmullah Mansur said the government is sensitive towards the rights of Nepali migrant workers who were obliged to leave the country in search of employment due to various reasons.

According to the minister, the government is making special and specific initiations to have a labour agreement with major destination countries for Nepali workers and it had recently signed such deal with Jordon.

Also speaking on the occasion, Minister of State for Labour and Employment, Dilli Chaudhary said the ministerial-level study is on the progress to seek labour market for Nepali workers in the developed countries.

National Human Rights Commission’s member Sudip Pathak said the process to receive complaints about the foreign employment by the NHRC has commenced from today itself.

Likewise, as stated by Secretary at the Ministry of Labour and Employment, Laxman Mainali, programmes aim to address irregularities in the field of foreign employment and increase victim’s access to justice have been launched from the government level.

The Embassy of the People’s Republic of China organized a reception to celebrate the 108th International Women’s Day on Thursday... Read More...

KATHMANDU, March 8: On the occasion of 108th International Women's Day, a parade was held here in the capital on... Read More...