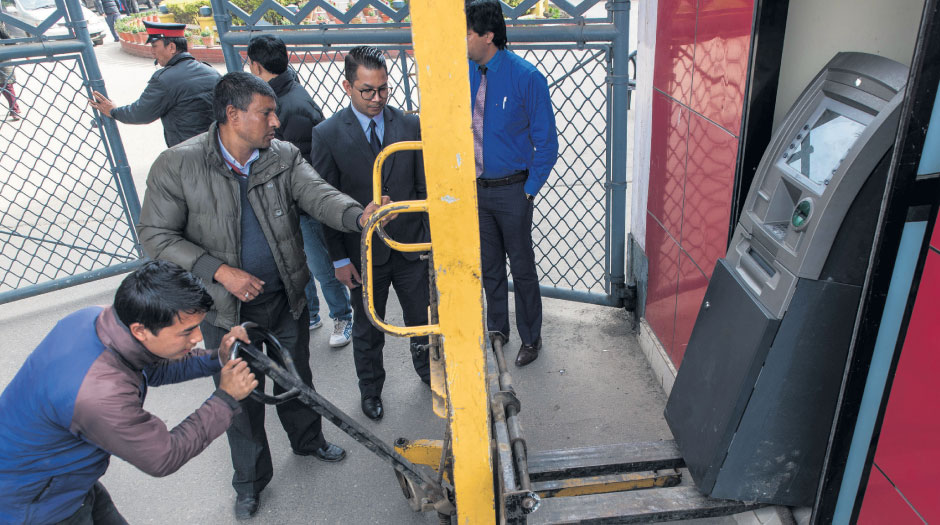 KATHMANDU, Dec 5: The government is introducing a new system of electronically tracking cargo shipments headed to Nepal from Kolkata port as a pilot project, starting this month.

This system whereby an electronic device will be installed in the container bound to Nepal via Raxaul at the Kolkata port for electronic tracking will help in improving the security of the cargo, according to government officials. So far, importers were using an extra lock in the container as a security precaution.

The electronic cargo tracking system is a project that is being implemented with support from Asian Development Bank.

Government officials said that the electronic tracking system will also help in faster transit movement and simplify the custom procedures in both countries.

“The electronic tracking system will be beneficial as it saves the cost for traders, reduce the time taken during the import as well as simplify the process,” said Rabi Shankar Sainju, joint secretary at the Ministry of Commerce.

According to Sainju, the installation of the tracking device in the cargo will end the requirement for importers to insure the sensitive cargoes that are being imported. It was costing up to 27, 000 Indian rupees for the insurance of each container of sensitive goods.

Similarly, electronic tracking system of cargo containers will also allow importers to easily detect unwanted infiltration, pilferage or deflection that may occur during the transit cargo in route, reducing the cost of the demurrage charges.
“Not only it reduces the cost, but the new system will also end the hassles that traders who are importing from third countries face at Kolkata port as they will not be required to produce original documents,” added Sainju.

While the electronic tracking system is getting implemented as a pilot project for 90 days, the government is planning to expand it in other major custom points of Nepal like Jogbani and Bhairahawa.

However, importers will have to pay $40 for the installation of the tracking device in their container, which will be retrieved once the cargo arrives at Nepal’s custom point.
“This is not a huge charge for traders since it has become costlier for them without the tracking system. Importers are positive and excited about the new facility,” added Sainju.

BIRGUNJ, June 25: Movement of Nepal-bound containers has been affected at the Kolkata port yet again. According to contractors, more than... Read More...