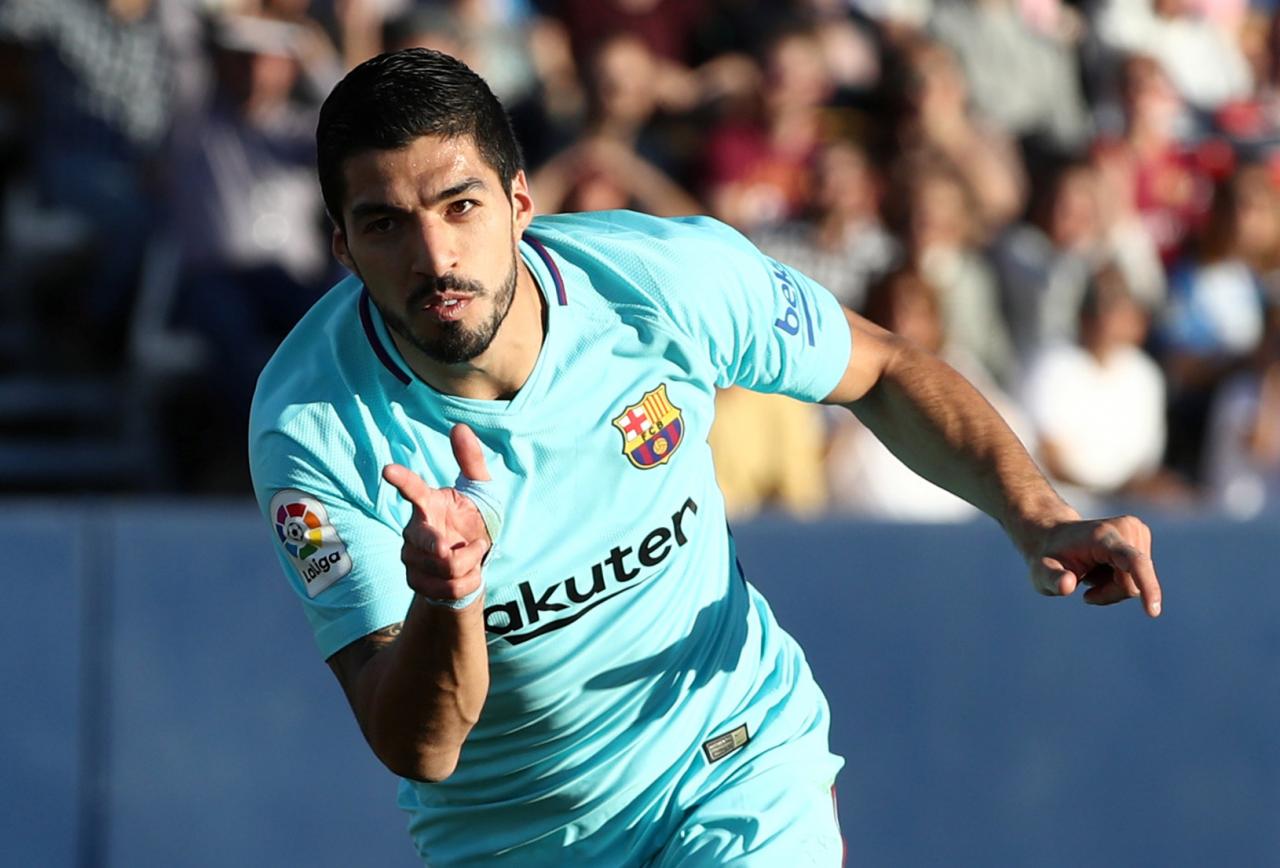 BARCELONA, Nov 20: Barcelona’s season has gone from good to better with 15 wins and just two draws in 17 matches it has played in all competitions this season, most recently a 3-0 away win over Leganes on Saturday.

The Catalan side will now take on Italian champions Juventus at the Allianz Stadium in Turin, to guarantee the first spot in Group D.

Barcelona has not lost a single game after it succumbed to a 5-1 defeat in the Spanish Super Cup in the curtain raiser of this season, but the performance has not been that good in some recent matches. Barcelona beat Leganes comfortably, as it seemed with a glance at the scoreline, but the game was not all good as far as the midfield performances are concerned.

Barcelona enjoyed a fair share of possession in that game, but had seven less shots with just one shot outside the box. The long passes have always been the problem for Barcelona as Leganes came out better in that department with 11.3% superior than Barca’s. This game saw Barcelona dominate both the side of the fields with 72.7% pass accuracy in its opposition’s half to Leganes’s 58.8%. Likewise, Barcelona also controlled their own part of the field with 92.6% to Leganes’s 81.9%.

The midfield was again on shambles with Barcelona failing to convert opportunities to goals starting from the center of the park. Although Ivan Rakitic had a pass success rate of 85%, he provided no key passes in the game. He gave 60 accurate passes out of 71 which included 11 long balls and six accurate long balls also a cross. The question with Rakitic is what’s the use of having a success rate of 85% and failing to provide a single key pass in the game?

But, rather, the question should be asked with the Barca boss Ernesto Valverde. What’s the point of playing Rakitic day-in-day-out if he can’t create chances? Why does Valverde play Rakitic if can’t create opportunites for the strikers to finish?

But, this might always be a question if Valverde decides to field the ageing Andres Iniesta and Rakitic when he has better options with Paulinho and Denis Suarez. Denis Suarez has already been a fan favorite at the Camp Nou after deciding to take his chances and play for Barcelona, no matter how long it takes to arrive. Denis has proved his worth this season by scoring two goals and assisting two. Denis has either scored or provided an assist when he has played for the whole 90 minutes.

Team news
Barcelona’s will be without Argentina defender Javier Mascherano, who is sidelined until mid-December after suffering a hamstring injury in the international break against Nigeria. The center back joins the casualty list of Rafinha who is out with a meniscus injury, Arda Turan with ankle injury, Andre Gomes with a thigh injury and new signing Ousmane Dembele and Sergi Roberto with hamstring problems.

Barcelona might field Lucas Digne in this game given the fact that it is to face second-placed Valencia on Saturday. Gerard Pique, who will be suspended for the Valencia clash after getting a yellow card, might play in this match along with in-form Samuel Umtiti. Nelson Semedo might as well start in this game.

Barcelona has a quite an option in midfield. Denis can still play ahead of Iniesta and Paulinho can feature in this game, after coming in the half hour mark against Leganes, along with Sergio Busquets in the middle of the park.

Luis Suarez, Lionel Messi and Gerard Deulofeu may start this match given the fact that new-signing Deulofeu has not started Barcelona’s four games in all competition now and he was also rested in the week.

Juventus has no player injured now and they have so good player in the ranks to face Barcelona. Juventus may start with Paulo Dybala as he just featured for 28 minutes in a defeat against Sampdoria in Serie A.

It has suitable defensive options in Andrea Barzagli, Medhi Benatia, Benedikt Howedes who can play either as a center back or as a full back in either side of the field as well as Giorgio Chiellini, who is a favorite to play against Barcelona, along with Daniele Rugani, who was terrible against Sampdoria.

Juve can start with Sami Khedira and Blaise Matuidi as Miralem Pjanic played for 80 minutes before getting subbed off for Matuidi on Sunday.

We might see Douglas Costa starting ahead of Juan Cuadrado on the wings as the Colombian played for 72nd minutes of the Sampdoria game. Gonzalo Higuain might as well start again with Gianluigi Buffon, who didn’t play against Sampdoria.

In the last five meetings between them, Barca has won three times, Juventus has won once, and a match ended in a draw.

In the 2014-15 Champion League final, Barcelona defeated Juventus 1-3 while in the quarterfinals of the 2016-17 CL, Barcelona was handed a 3-0 first leg deficit with the second leg ending in a 0-0 draw. Juventus went to the final and lost 4-1 against Real Madrid.

Recent form
Barcelona’s Luis Suarez scored two times in the 3-0 win against Leganes with Paulinho scoring the last goal. So, this might add unto the confidence of Suarez and he might deliver again,

Messi hasn’t scored in three straight games for Barcelona in all competitions now, with his last goal coming against Athletic Bilbao on October 29.

Higuain and Dybala scored in the last four minutes of the match in its 3-2 defeat against Sampdoria so they might have something to say to Barcelona.

Las Ramblas: A top Barcelona site for tourists to stroll

BARCELONA: The lengthy Las Ramblas promenade where a van plowed into pedestrians on Thursday is a tree-lined walkway that starts... Read More...