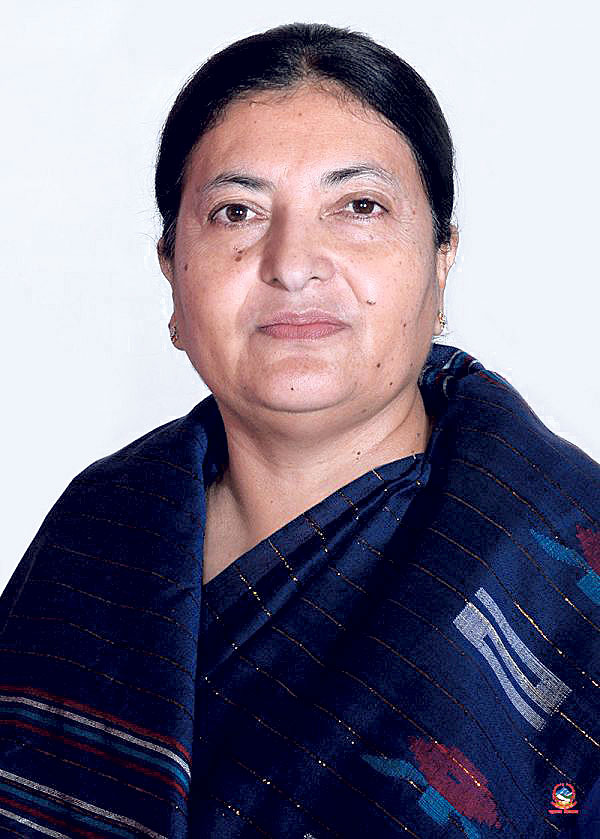 According to Ministry of Foreign Affairs (MoFA), President Bhandari and the crown prince will hold official meeting in Abu Dhabi on matter of mutual interests between the two countries. The president is also scheduled to visit Emirate of Dubai and meet Nepali community at a function organized by the Embassy of Nepal in UAE during her four-day stay in the Gulf nation.

In an extraordinary measure to isolate Qatar over its alleged support to terrorist organizations, Saudi Arabia and its six allies -- Egypt, United Arab  Emirates, Bahrain, Yemen and Libya -- in June cut off their diplomatic relations. Key grievance of the Saudi-led alliance include Qatar’s bonhomie with Shiite Iran, its refusal to brand Muslim Brotherhood a ‘terrorist’ organization as Saudi Arabia, UAE, and Egypt have done and Qatar’s support for the Pan-Arab Al Jazeera Network that spreads pro-reform message, posing apparent threat to the autocratic regimes in the Gulf region and beyond.

Sources said the president received the official invitation only on Tuesday and the impromptu visit is taking place against suggestions from various quarters that this would be tantamount to Nepal taking sides in the ongoing standoff.

On top of that, Nepal does not have a full-fledged ambassador in the UAE. Nor does Nepal have a full-fledged foreign minister at home. “In the first place, the visit is taking place at a time when the country is heading for two crucial elections in a few weeks. As it seems to me, there is no agenda that deserves the visit by the head of the state. Instead, the visit is likely to send a message that we are siding with one of the two blocs. This is something we cannot afford to do,” said a former Nepali ambassador, preferring anonymity.

While expressing surprise over the controversy made on the visit, President Bhandari’s press adviser Madhav Sharma said the president is flying to the UAE after a proposal to this effect was made by MoFA and endorsed duly by the cabinet. “I am surprised to see the unwarranted comments being made now on the visit. This is not something the office of the president decides. The MoFA would not have endorsed the visit in the first place if this was ill-timed,” Sharma told Republica.

As Saudi Arabia-led alliance and the Qatar involved in diplomatic tension, both these rival groups are trying to show their diplomatic clout and strength by inviting various heads of the state and the government. UAE’s invitation for the president is seen as its attempt to give impression that Nepal supports to the measures of Saudi-led alliance to impose blockade against Qatar, denying this tiny kingdom their airspace and closing both sea and land transport links.

President Bhandari is scheduled to fly to Abu Dhabi via Etihad Airways flight on Monday afternoon. She will be accompanied by her daughter Nisha Kusum Bhandari, Minister for Supplies Jayanta Chand, Foreign Affairs Expert to the President Madan Bhattarai, Foreign Secretary Shankar Das Bairagi, and Secretary at the President’s Office Bhupendra Prasad Paudel, among others.

President Bidya Devi Bhandari has said that the goal of her visit to the United Arab Emirates is to further... Read More...