Nepal likely to have aging chief executive yet again 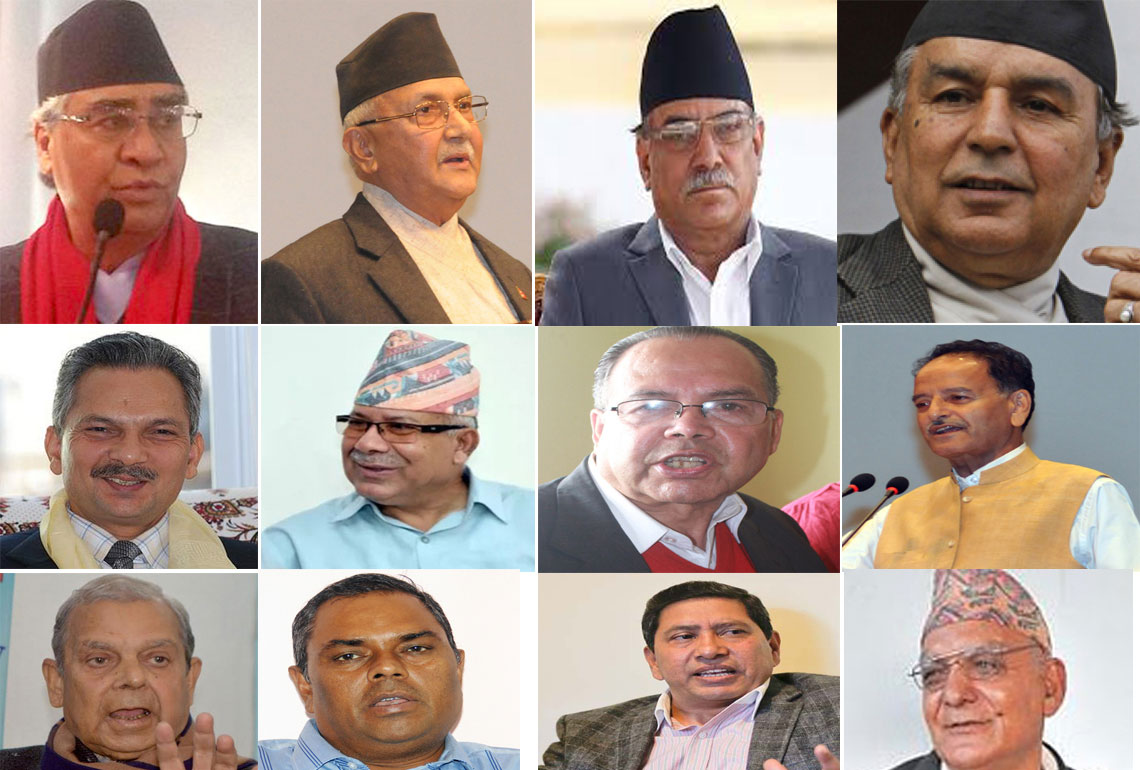 SINDHUPALCHOWK, Nov 11: Nepal is likely to have another aging prime minister after the upcoming elections conclude on December 8, 2017.

The elections of House of Representatives and Parliament, scheduled for November 26 and December 8 will be responsible to implement the constitution, institutionalize the federal democratic republic of Nepal and choose the country’s 41st prime minister.

Both the Democratic and Left Alliance have claimed their victories to run a five –year-term government and pave the path of country’s economic prosperity and development. Since the dawn of democracy in 1950, there has never been a government that has completed its full tenure. With their election manifestos promising economic growth, infrastructure development and political stability, the alliances have expedited their election campaigns and are hopeful to win the elctions by a majority of votes to run a five year government.

If the Left Alliance is to secure two third win, they have four options to choose from as the country’s prime minister; KP Sharma Oli (66), Madhav Kumar Nepal (64) and Jhal Nath Khanal (68) from CPN-UML and Pushpa Kamal Dahal, 62, chairman of CPN-Maoist (Center).

The win of democratic alliance is likely to appoint another aging leaders, Sher Bahadur Deuba, or Ram Chandra Paudel, both 72, as the country’s prime minister.