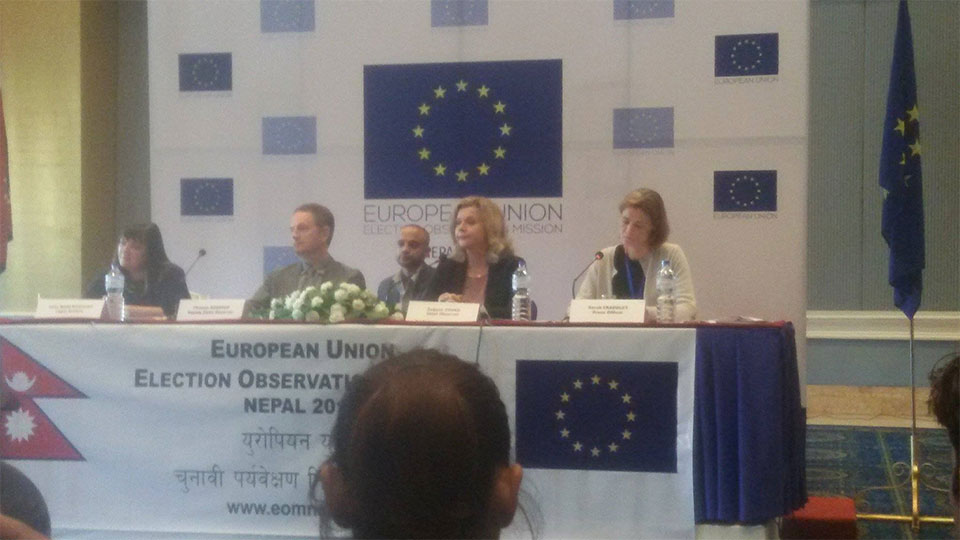 Zovko said that the elections on November 26 and December 7 will mark an important stage in Nepal's democratic development, and she hoped that their presence will contribute to an inclusive and transparent electoral process.

Over the last two days, Zovko held meetings with the Election Commission, government officials, as well as with representatives of political parties.

At the press conference Zovko said the mandate of the EU EOM is to observe all aspects of the electoral process and to assess the extent to which the elections are in compliance with the laws of Nepal, as well as with international and regional commitments for democratic elections to which Nepal is a signatory.

When asked about the total financial expenses to be incurred during the observation of the election process, Zovko informed the total expenses will come about 3.5 million euros.

The observation team will work in 63 districts.

The mission is currently made up of a core team of 10 election analysts based in Kathmandu, who arrived in Nepal on October 25, along with a 38 long-term observers who were deployed Tuesday morning.